A step by step guide on how I painted up Forgeworld’s Marauder Bomber.

This tutorial covers how to convert and magnetise the Marauder Bomber to a Marauder Destroyer. 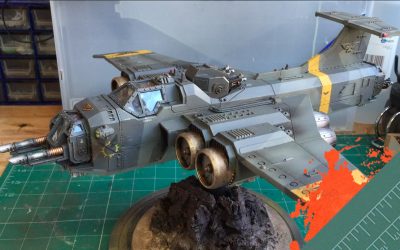 A step by step guide on how I painted up Forgeworld’s Marauder Bomber. 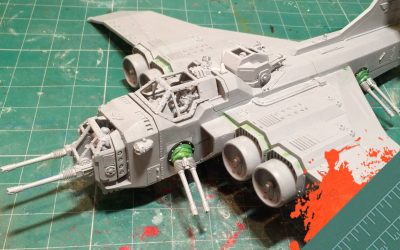 This tutorial covers how to convert and magnetise the Marauder Bomber to a Marauder Destroyer. 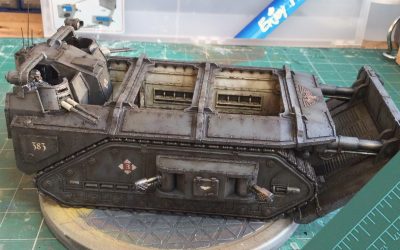 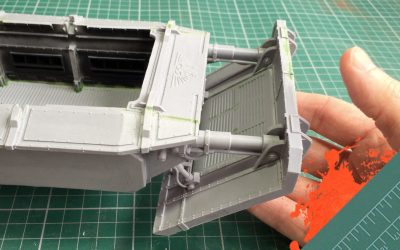 Assembling the assault ram and adding in the hull braces to the Gorgon Transport. 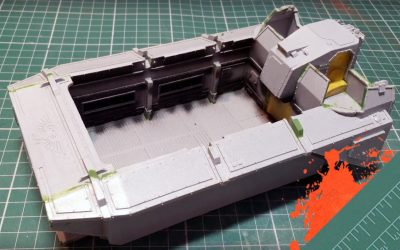 In this video I assemble the main hull for Forgeworld’s Gorgon Transport. 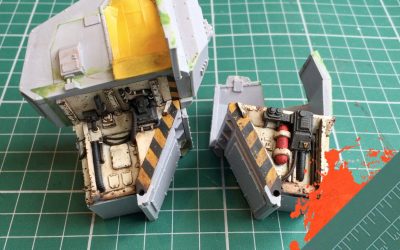 In part 6 I show you how I painted the interior rear corridor for the Gorgon Transport. 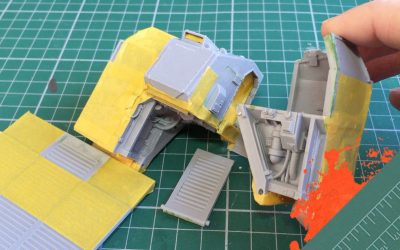 In this video cover possibly colour schemes and how to mask up the Gorgon appropriately for painting the internal corridor. 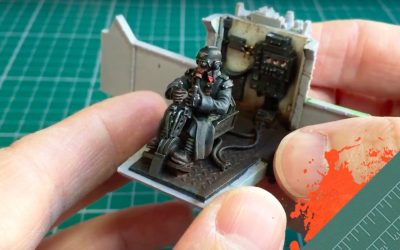 How to add the driver to the driver cab along with sealing the cab to complete this section of the build. 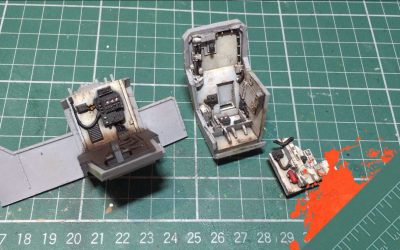 How to paint the interior of the driver cab for Forgeworld’s Gorgon Armoured Transport. 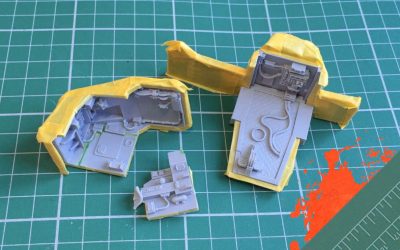 Assembling the Gorgon Transports driver cab so you can still paint the interior. 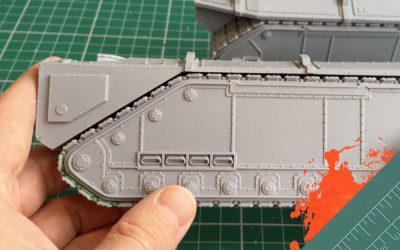 An in-depth guide to building and painting Forgeworld’s Gorgon Armoured Transport. In this first video I focus on the tracks and track unit. 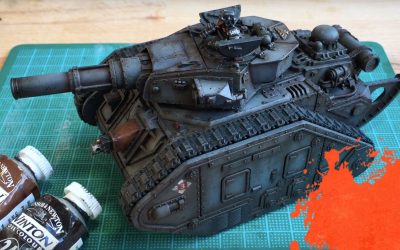 How to use artist oils to create a pin wash for panel lines and weathering effects such as rain streaks and rust marks. 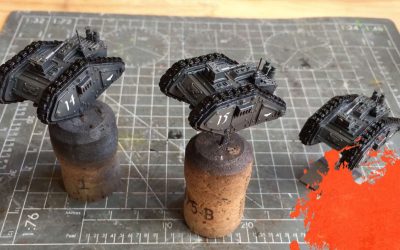 Painting a Cyclops. Part 2: Base colours and transfers

A painting guide for Forgeworld’s Cyclops Demolition Vehicle. I cover putting down the base colours and adding transfers. 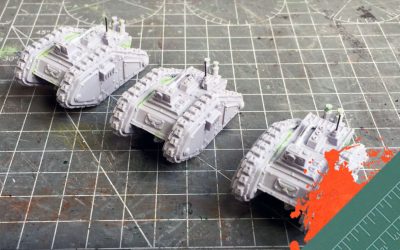 A quick guide on assembling your Cyclops and how best to prep the resin for painting. 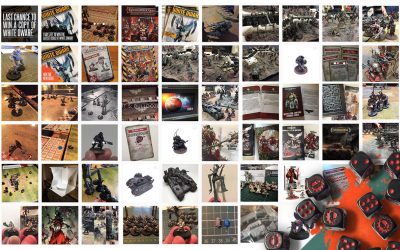 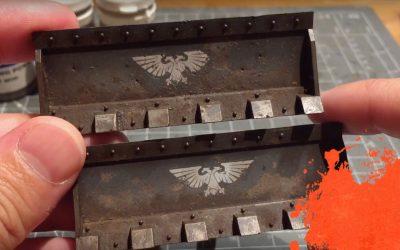 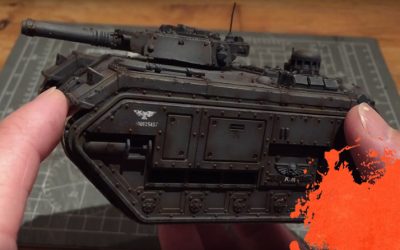 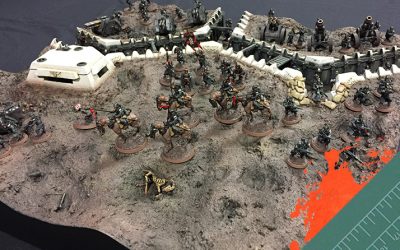 Photography showcase of my Krieg trench board for Armies on Parade 2016 hosted up at Warhammer World. 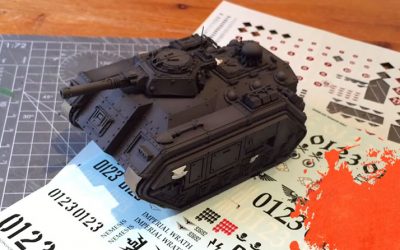 In part 3 of this series I showcase how to use transfers to make the tank look more realistic. 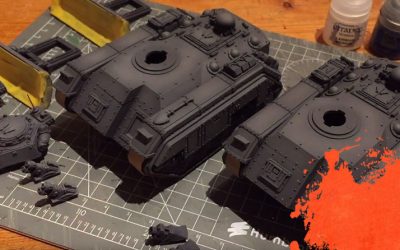 In this video I cover how to use an airbrush to build up the base colours and create some natural highlights. 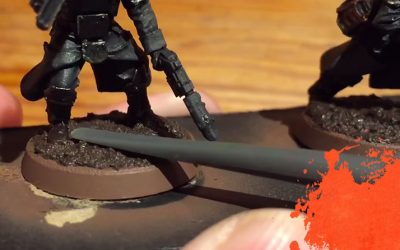 In this video I cover a quick and simple method to basing your miniature. 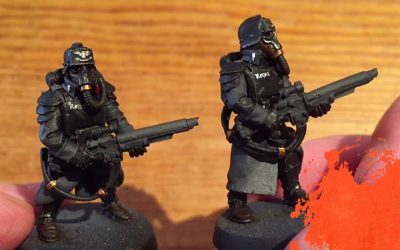 I talk about the final stage of sub-assembly for the Death Korps of Krieg Grenadiers, attaching the arms to the model. 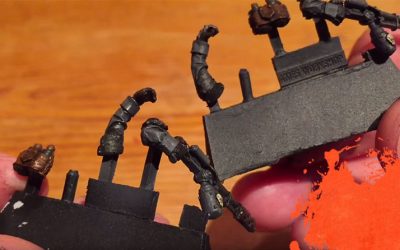 How to paint the Grenadier arms and weapons along with heat distortion effects for flamers and meltas. 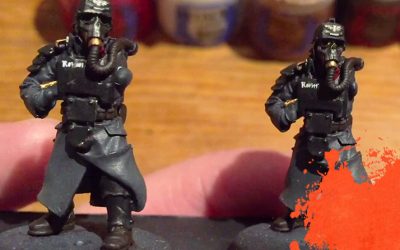 Adding all the transfers, painting the details and the highlights. 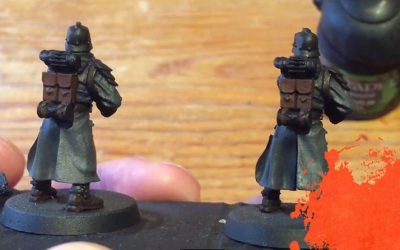 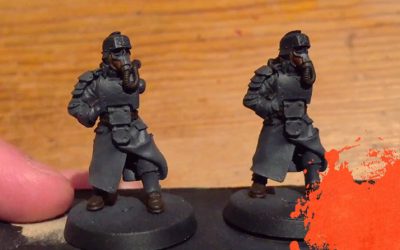 Showing which base layers to put down on the Krieg Grenadiers. 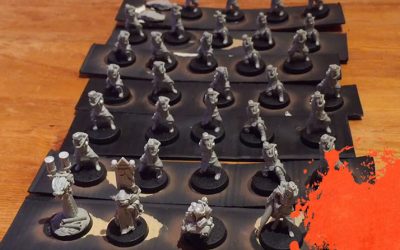 Dealing with Forgeworld Resin and all the prep work needed before you paint the models.