For the last two years I’ve been slowly collecting, building and painting a Minotaurs army. An army which I fell in love with when I bought Fall of Orpheus, a Forgeworld campaign book for my Krieg army many years ago. So it was only fitting when I finally decided to collect Space Marines that I would choose the bronze clad Minotaurs.

As a lesser known chapter there isn’t much in the way of a guide for heraldy and markings, so for my own sanity I poured over the two key Forgeworld reference books, The Badab War and Fall of Orpheus, taking photos of everything. I’ve used the Colour Your Own Space Marine Heraldry PDF from Games Workshop, and carefully photoshopped together a replica of each design and how it would fit on the new Mk X Tacticus  armour, making note of the original armour and any differences. I’ve done this for my army because I’ll only be using Primaris models.

There’s not complete consistency across the images, especially between the two source books. But there are some repeating elements you can use should you wish to create markings for certain ranks.

When I can, I’ll produce a more comprehensive guide to cover how the markings can used for different units, companies and ranks similar to what appears in the Space Marine Codex. 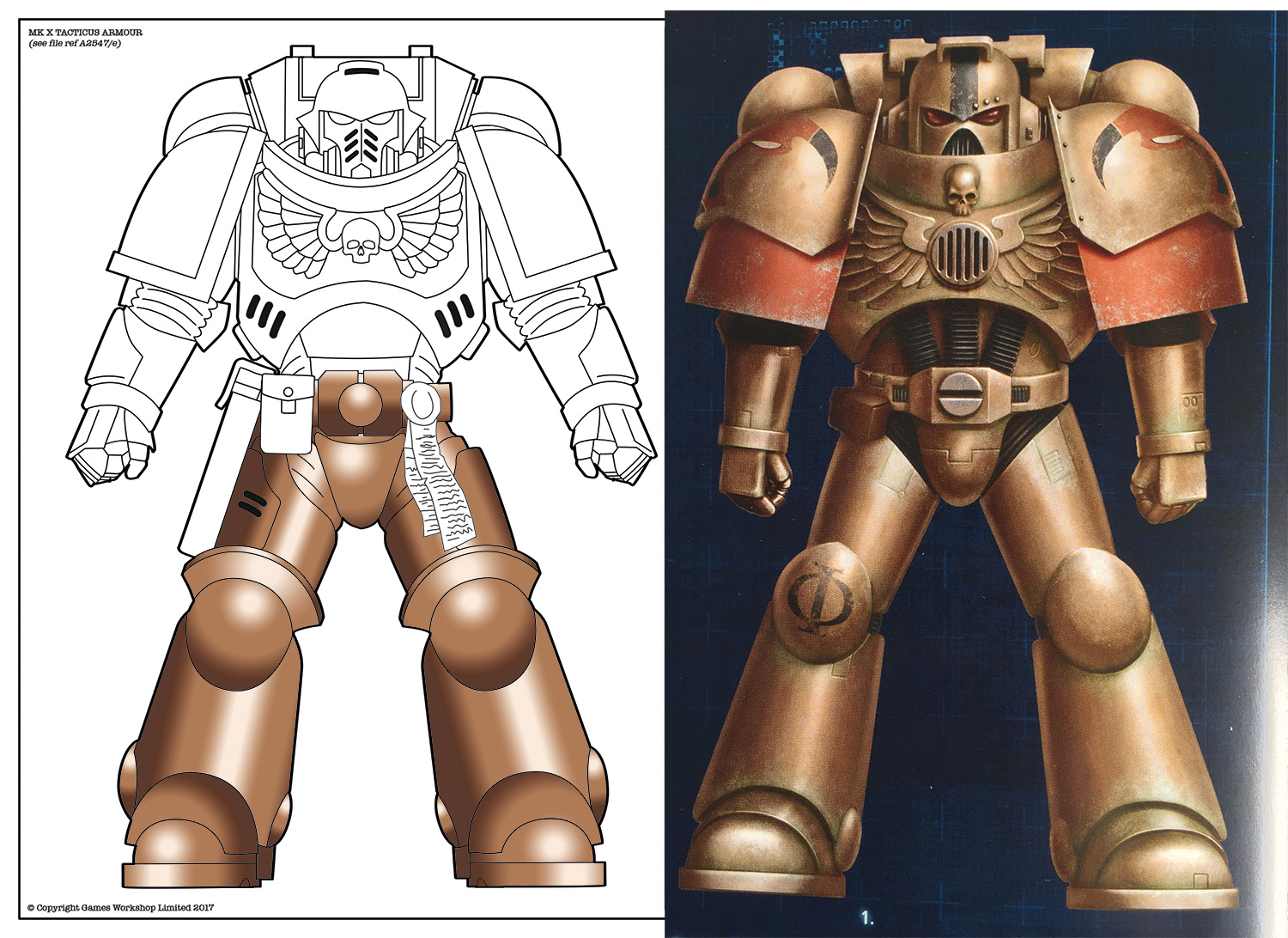 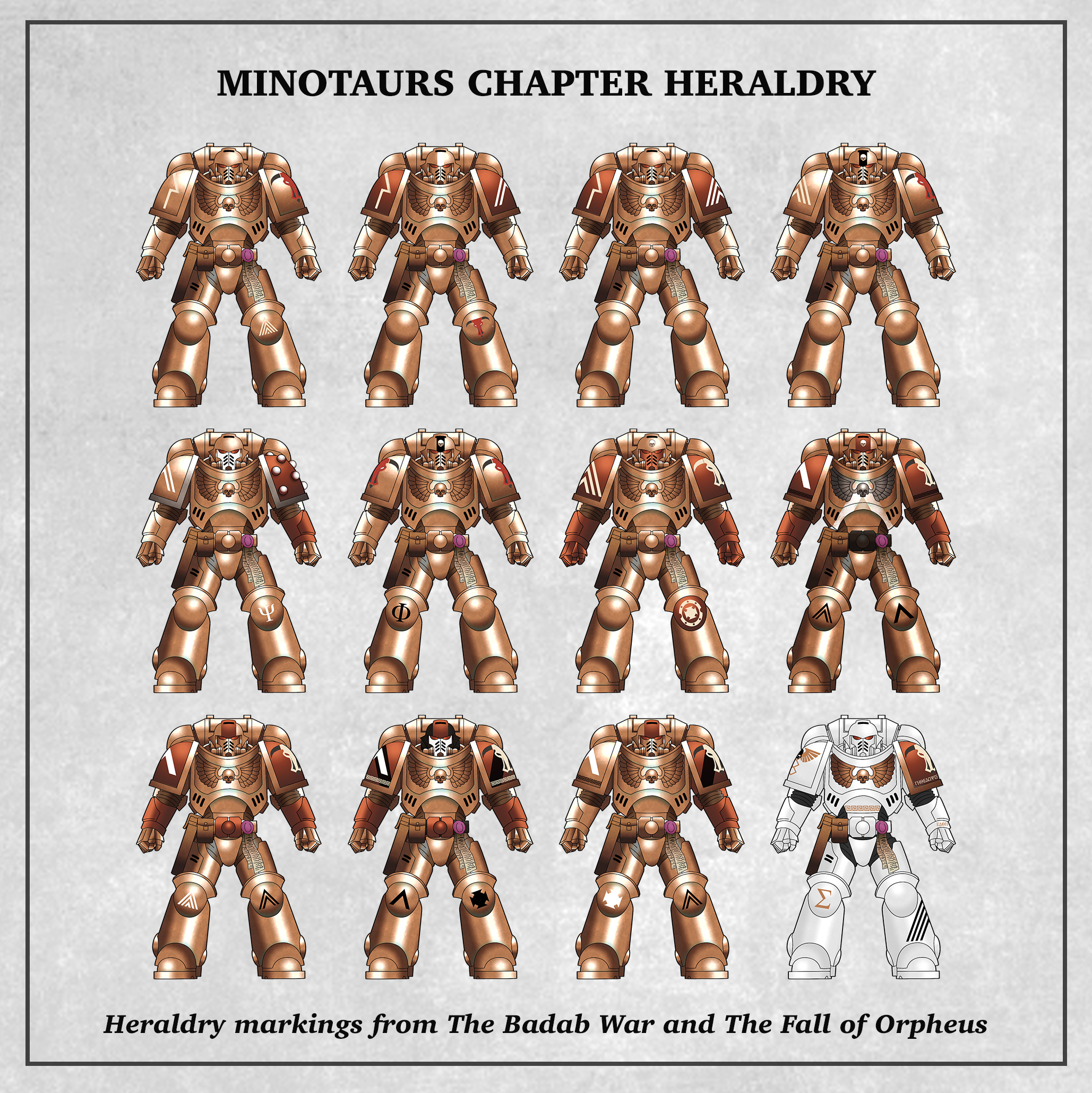 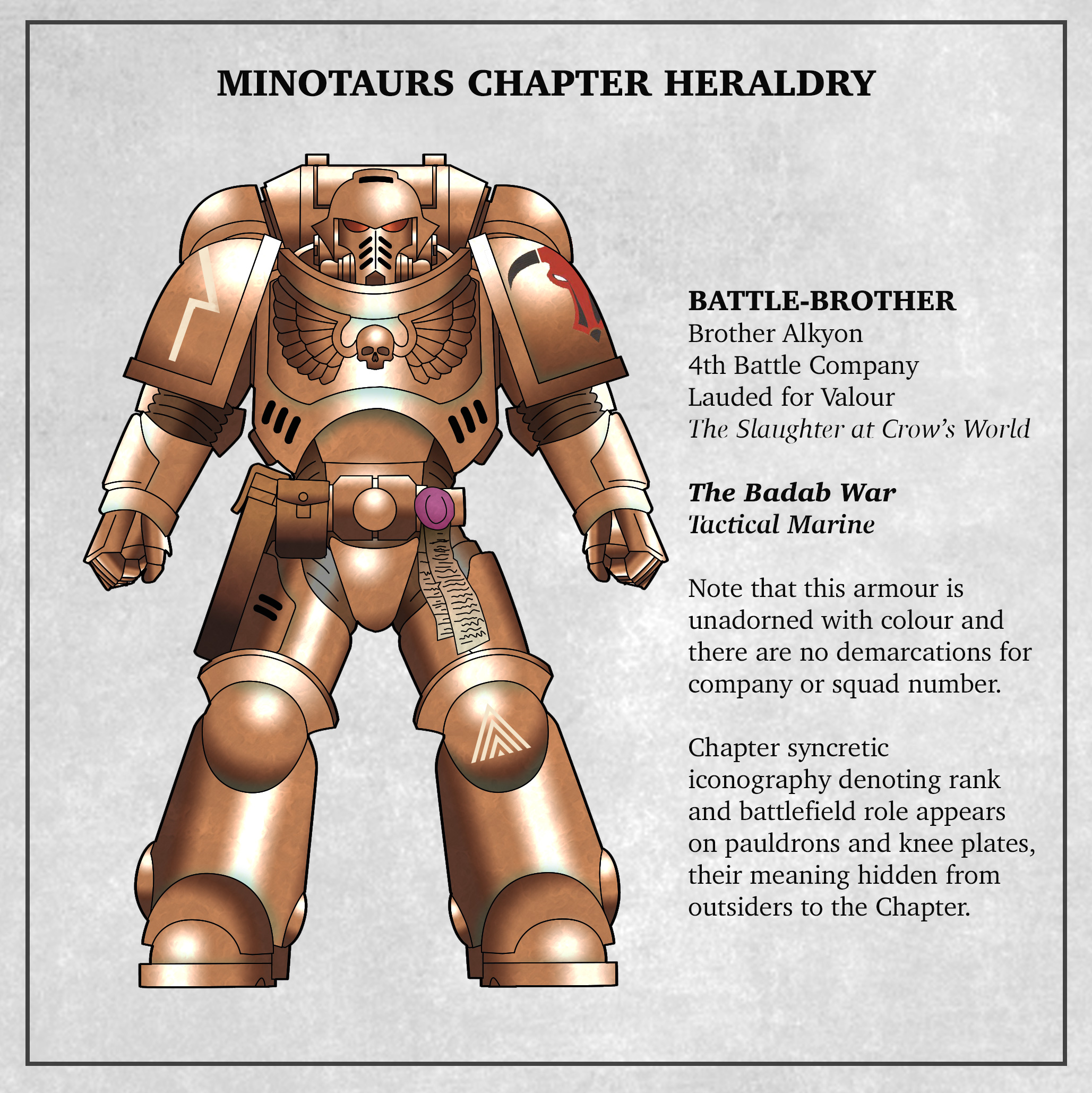 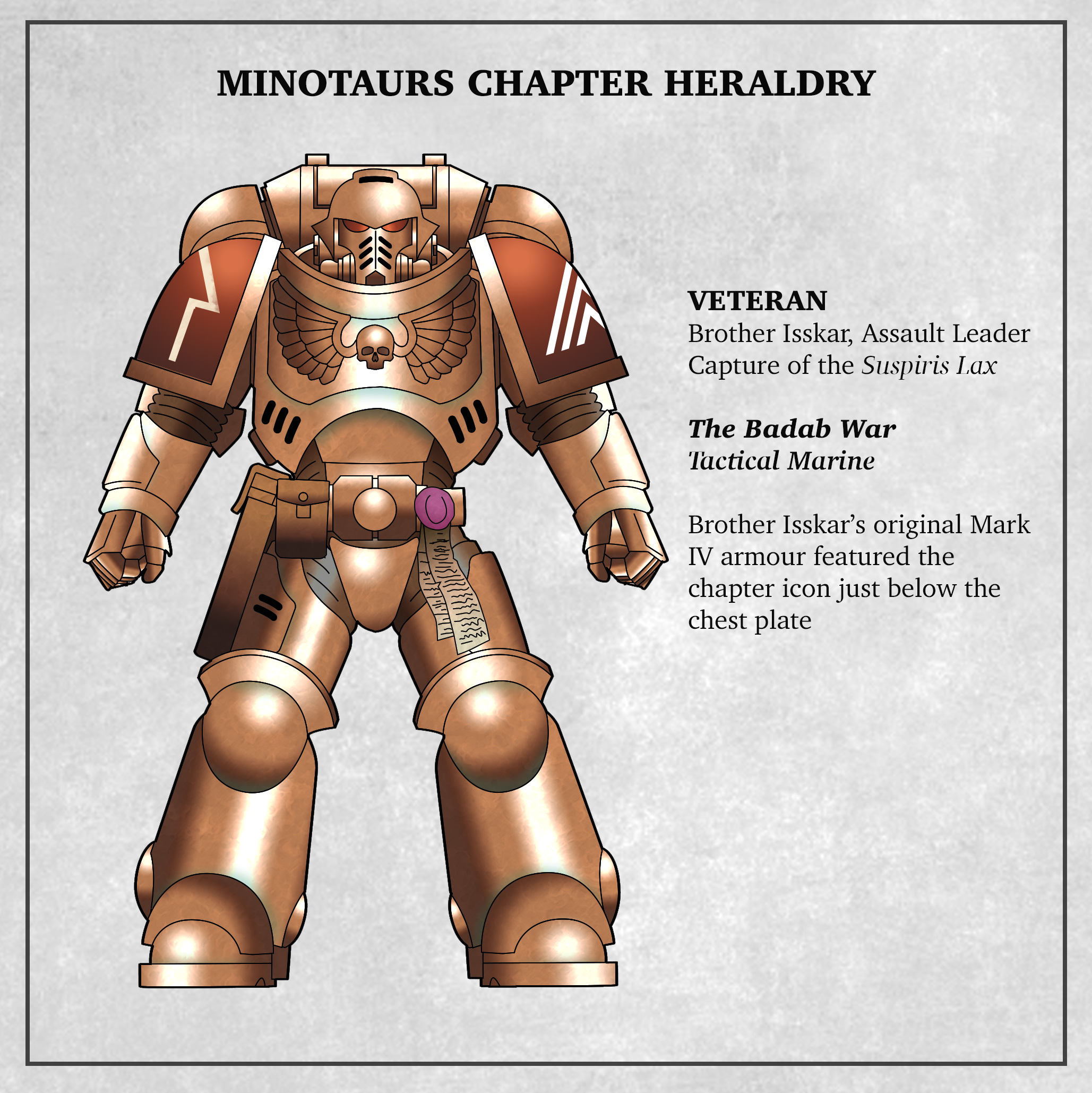 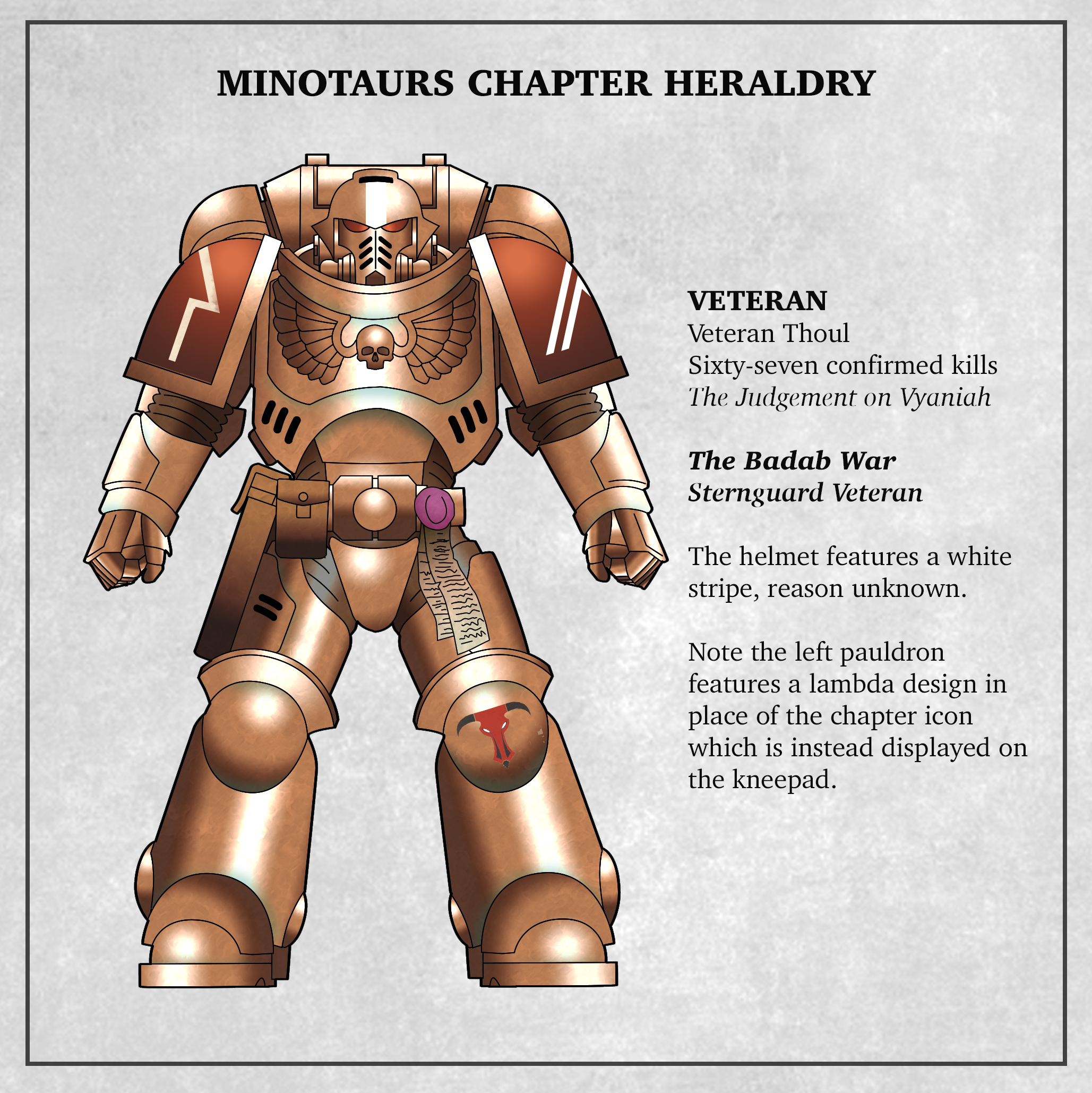 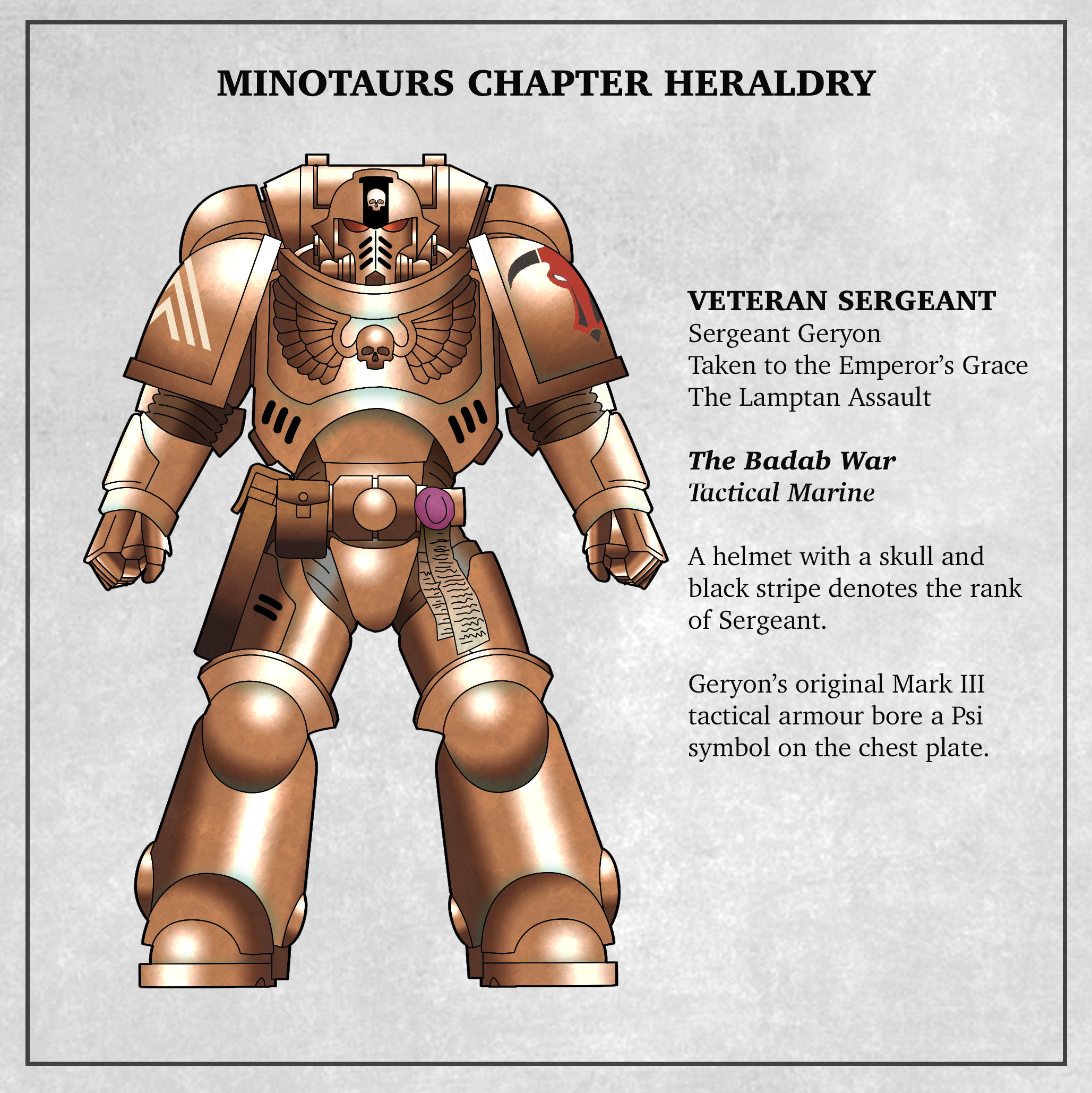 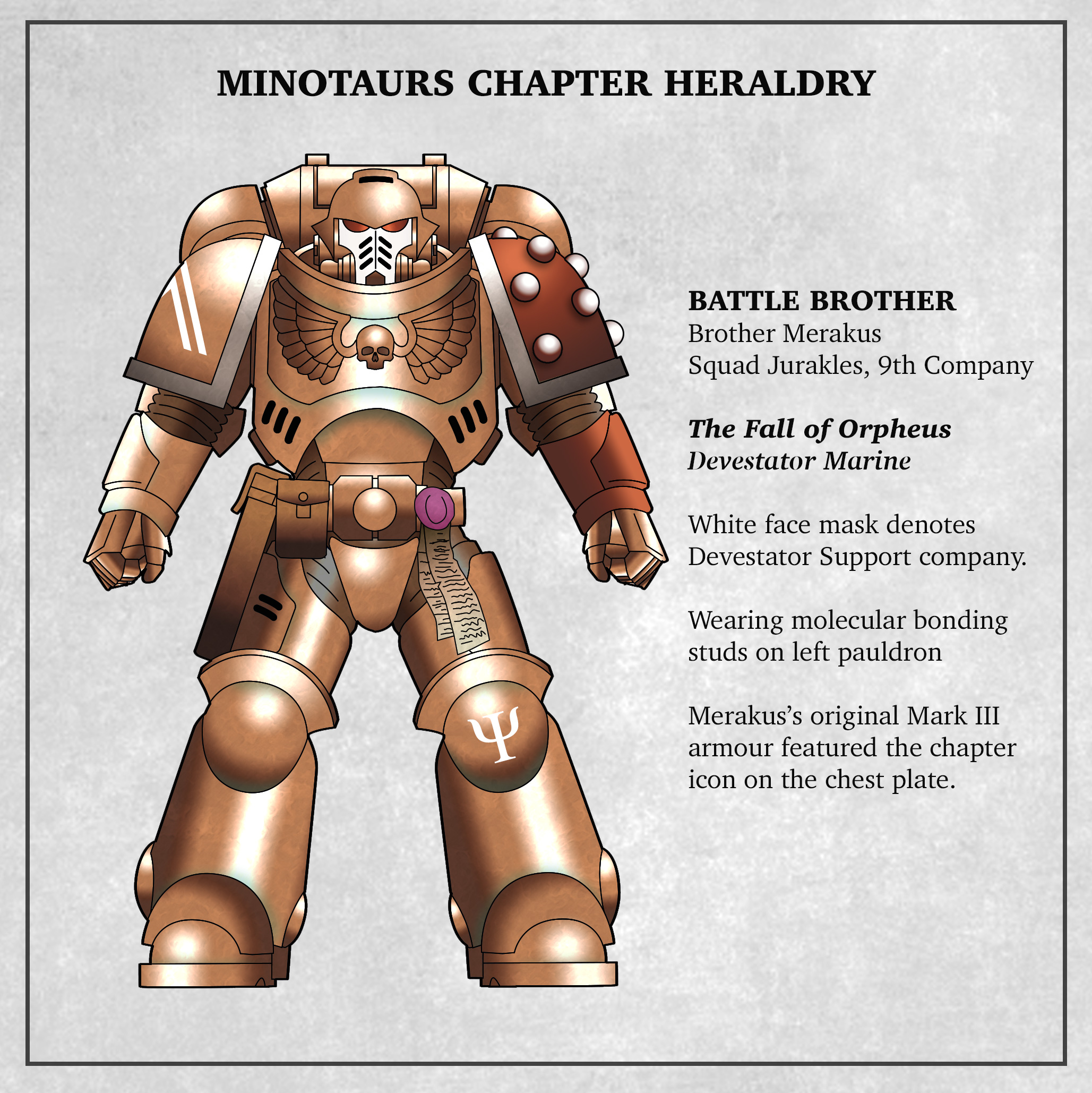 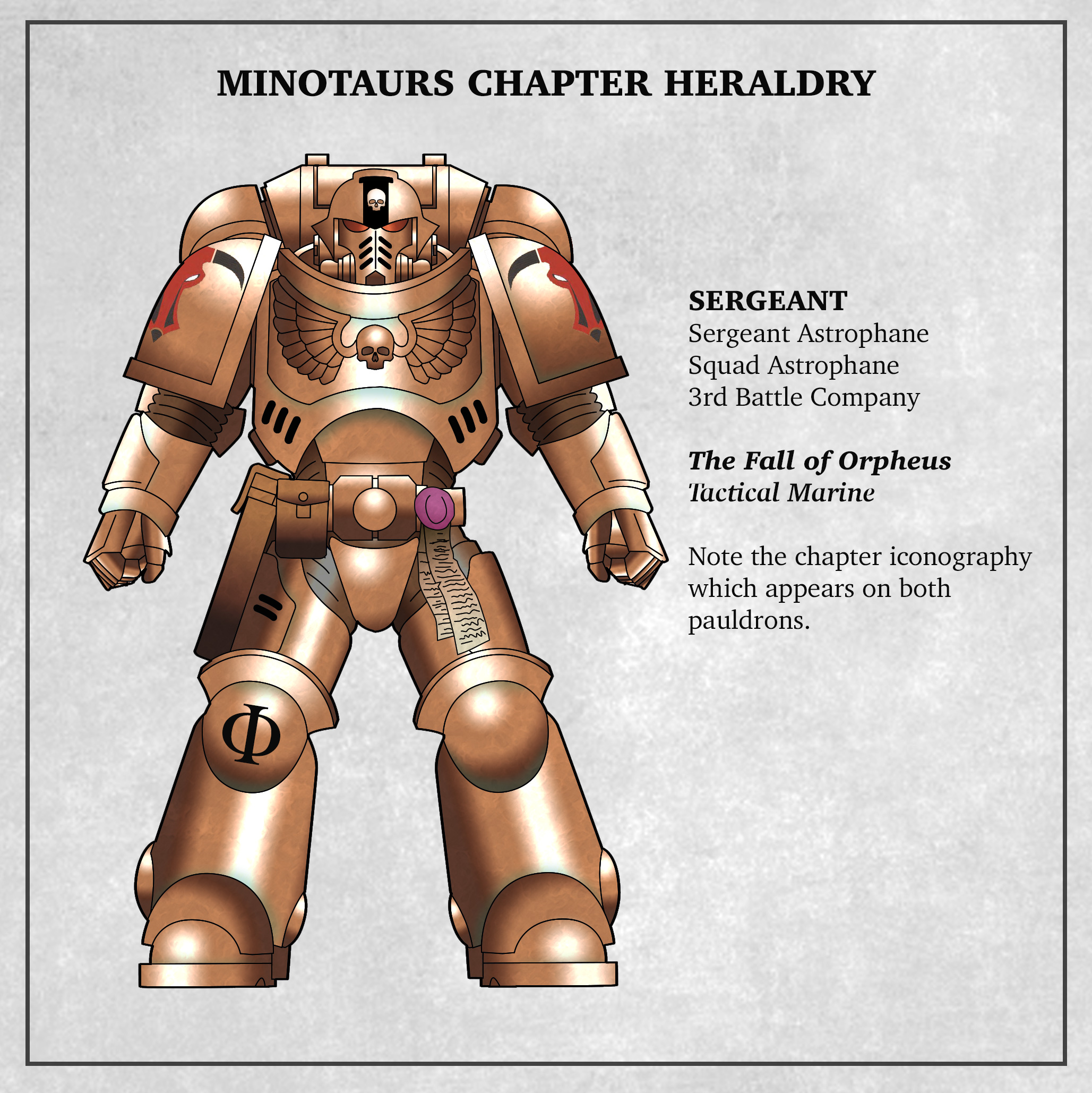 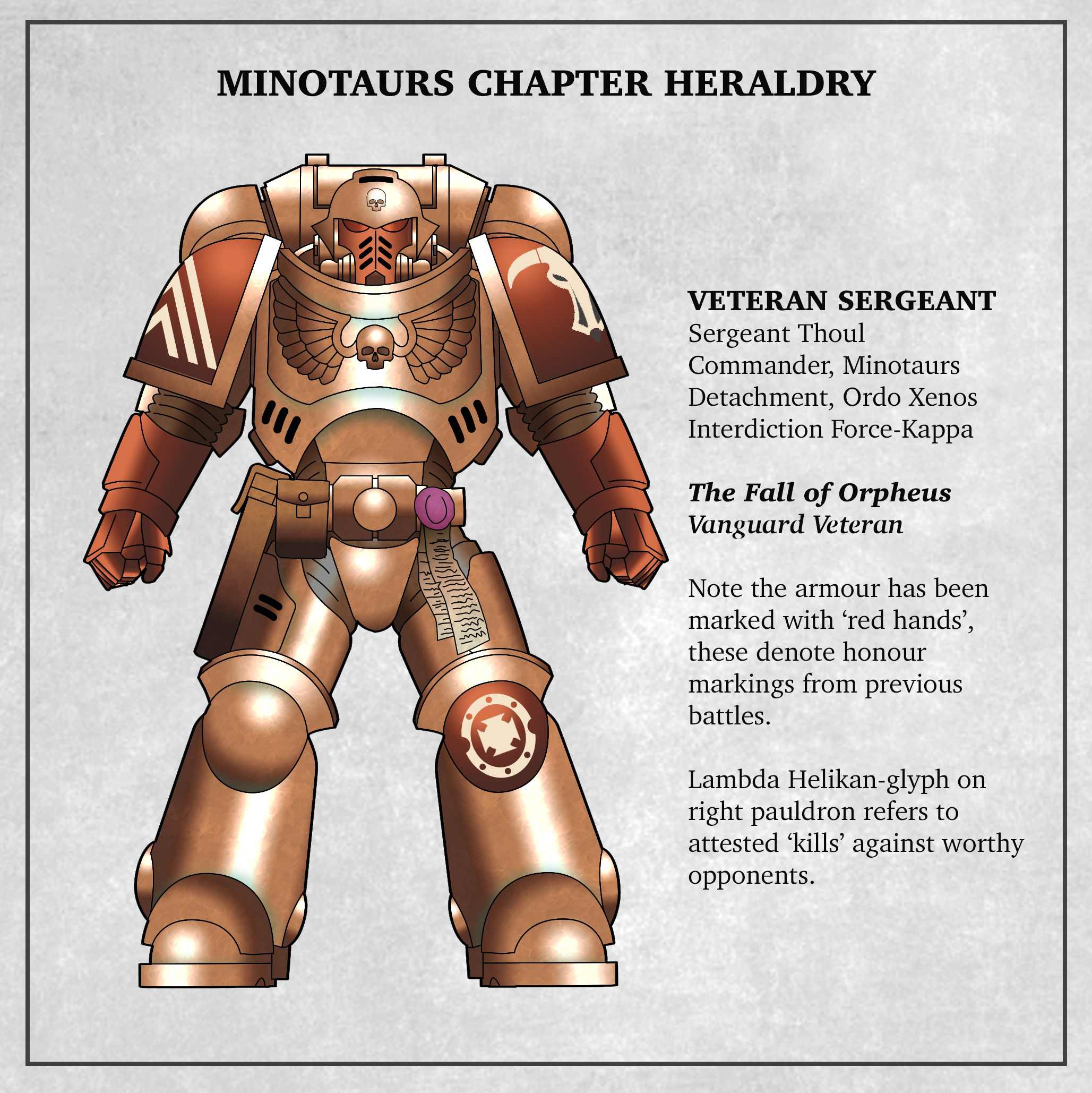 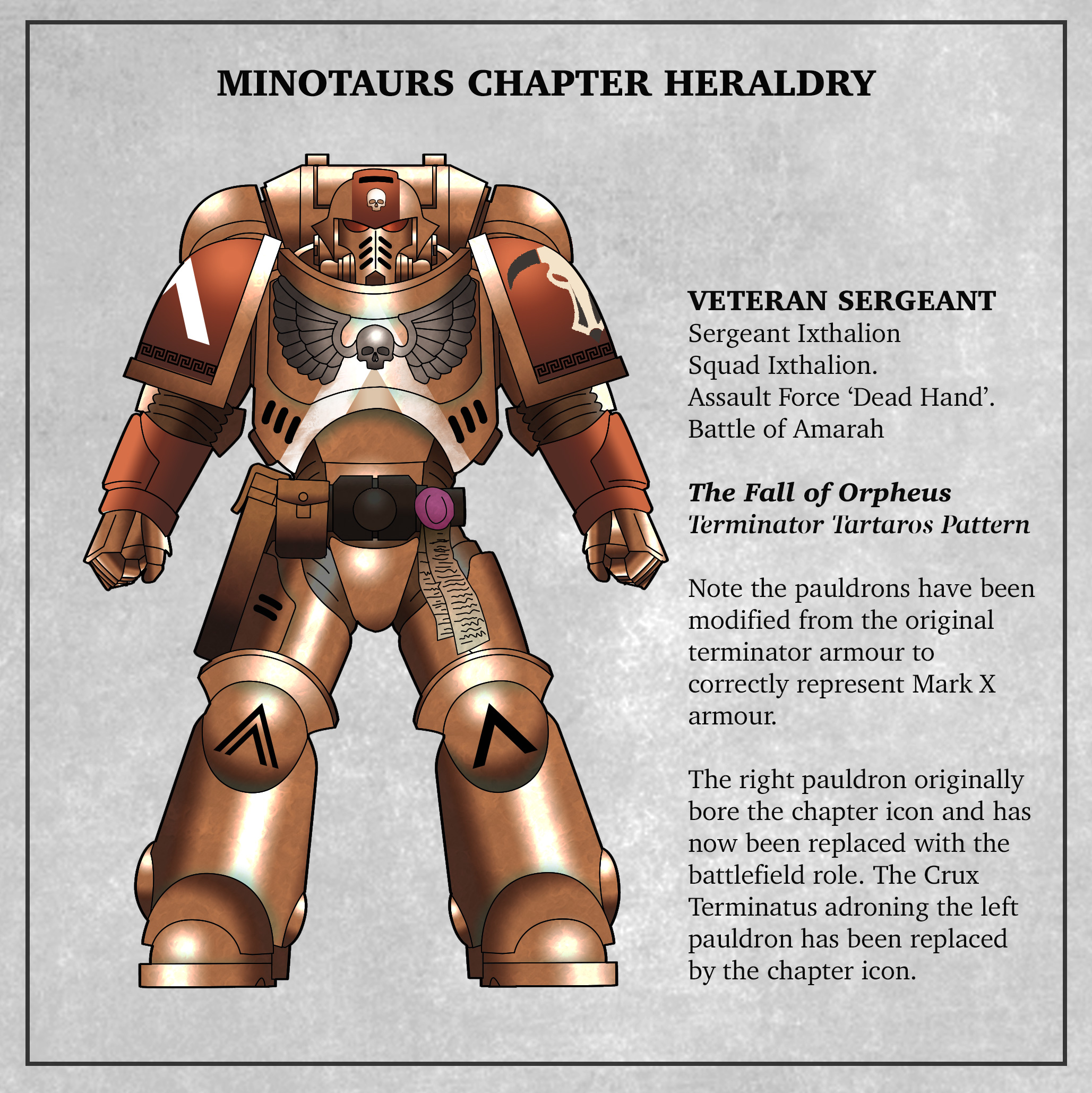 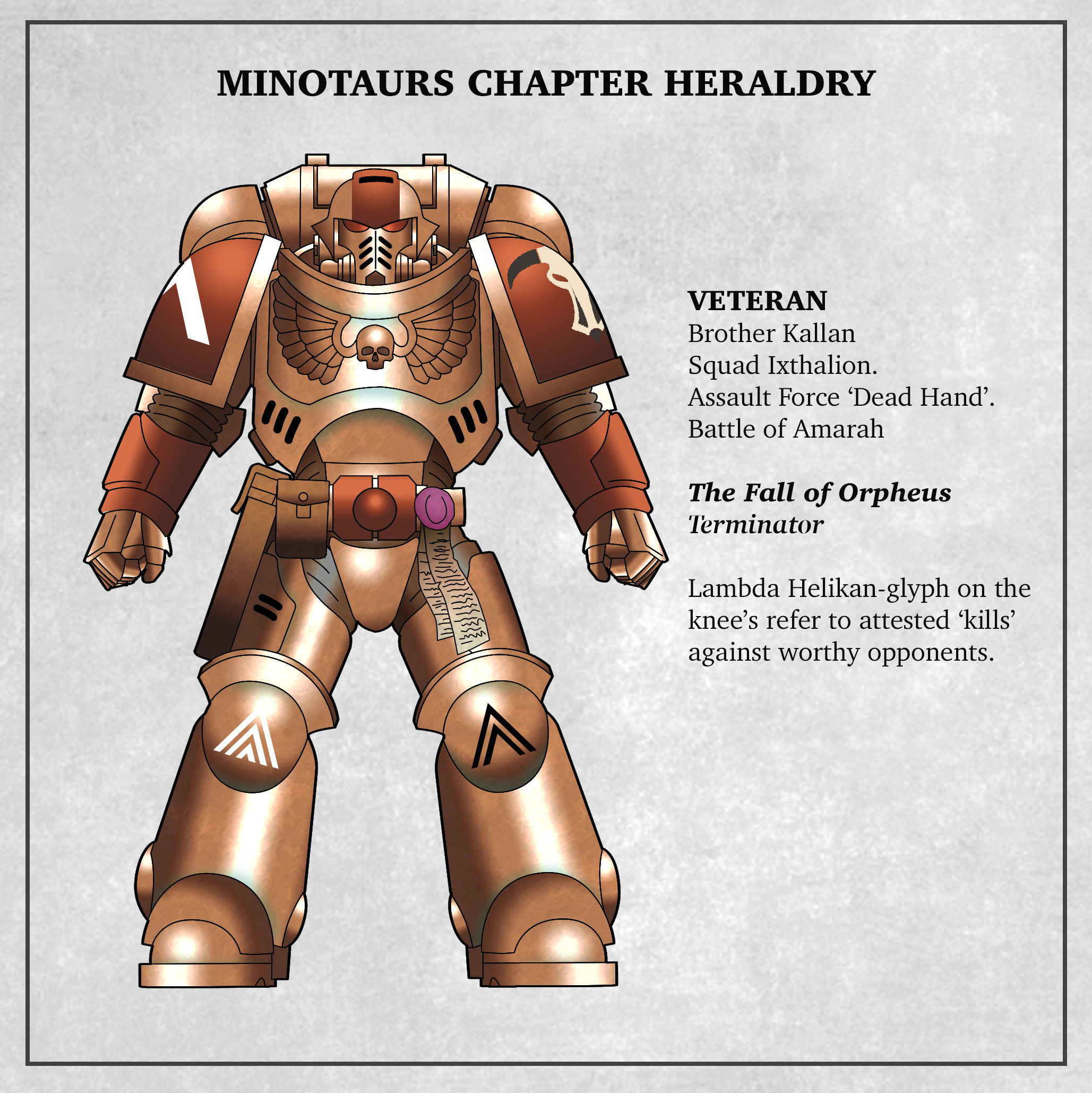 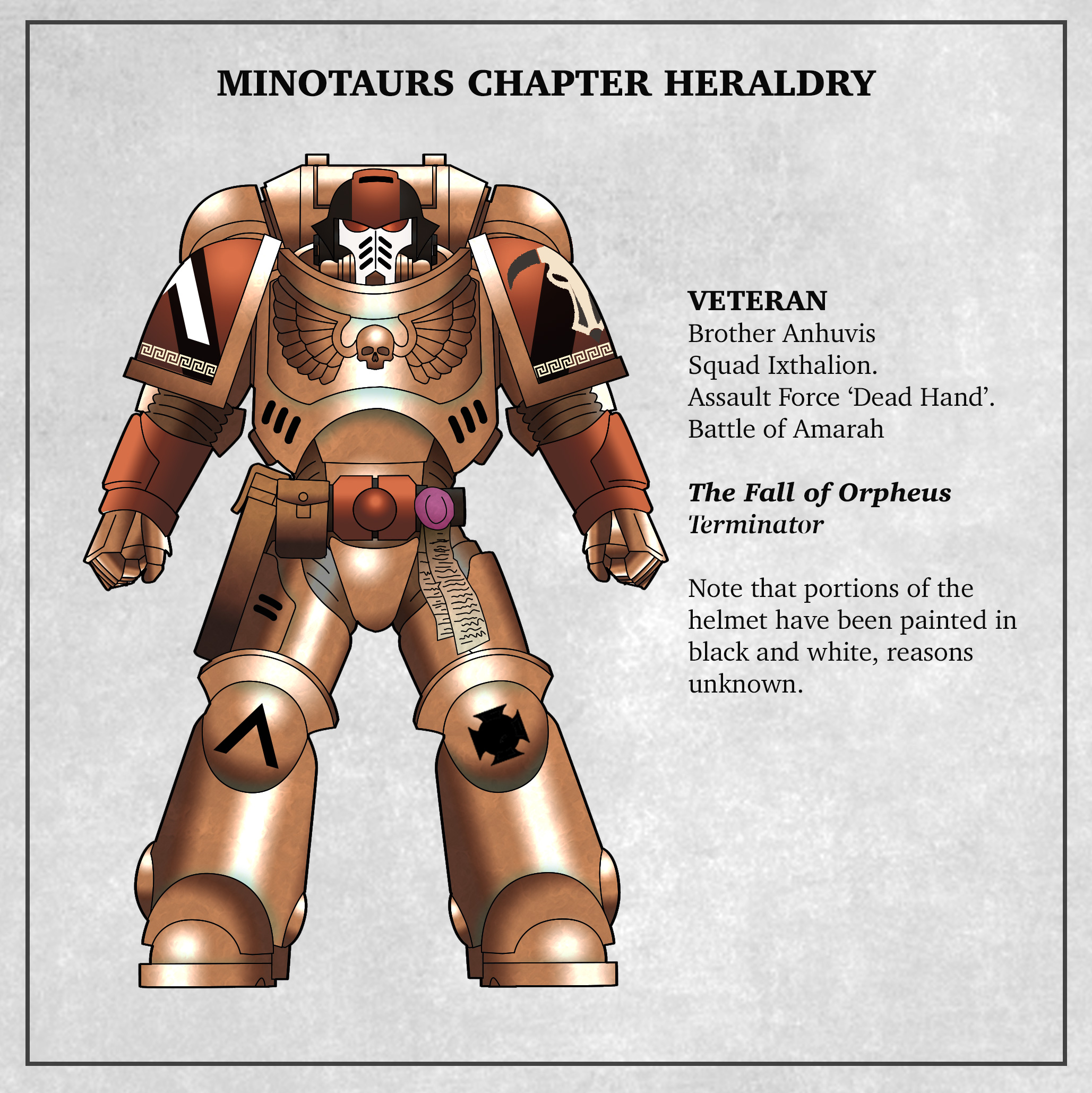 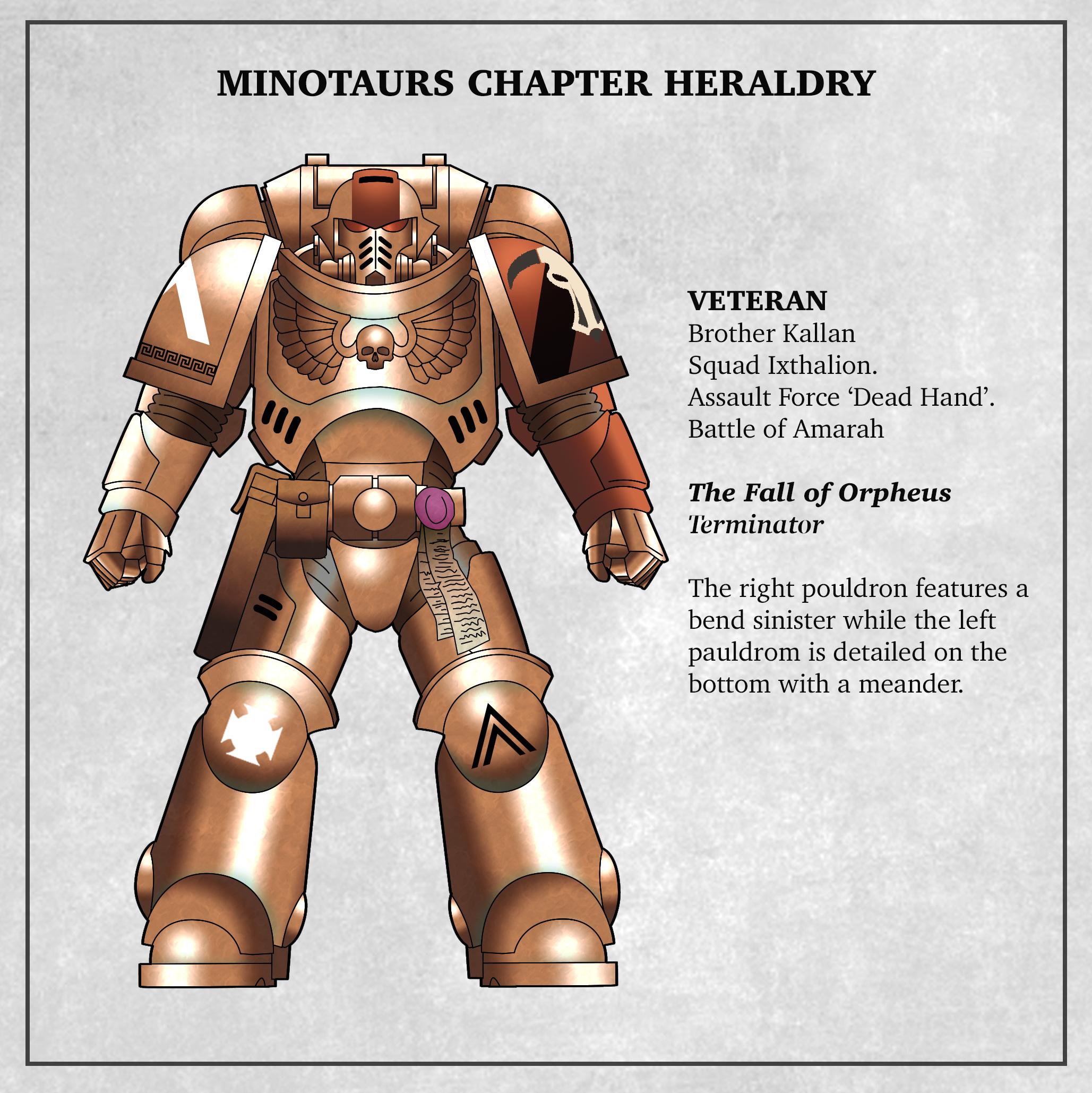 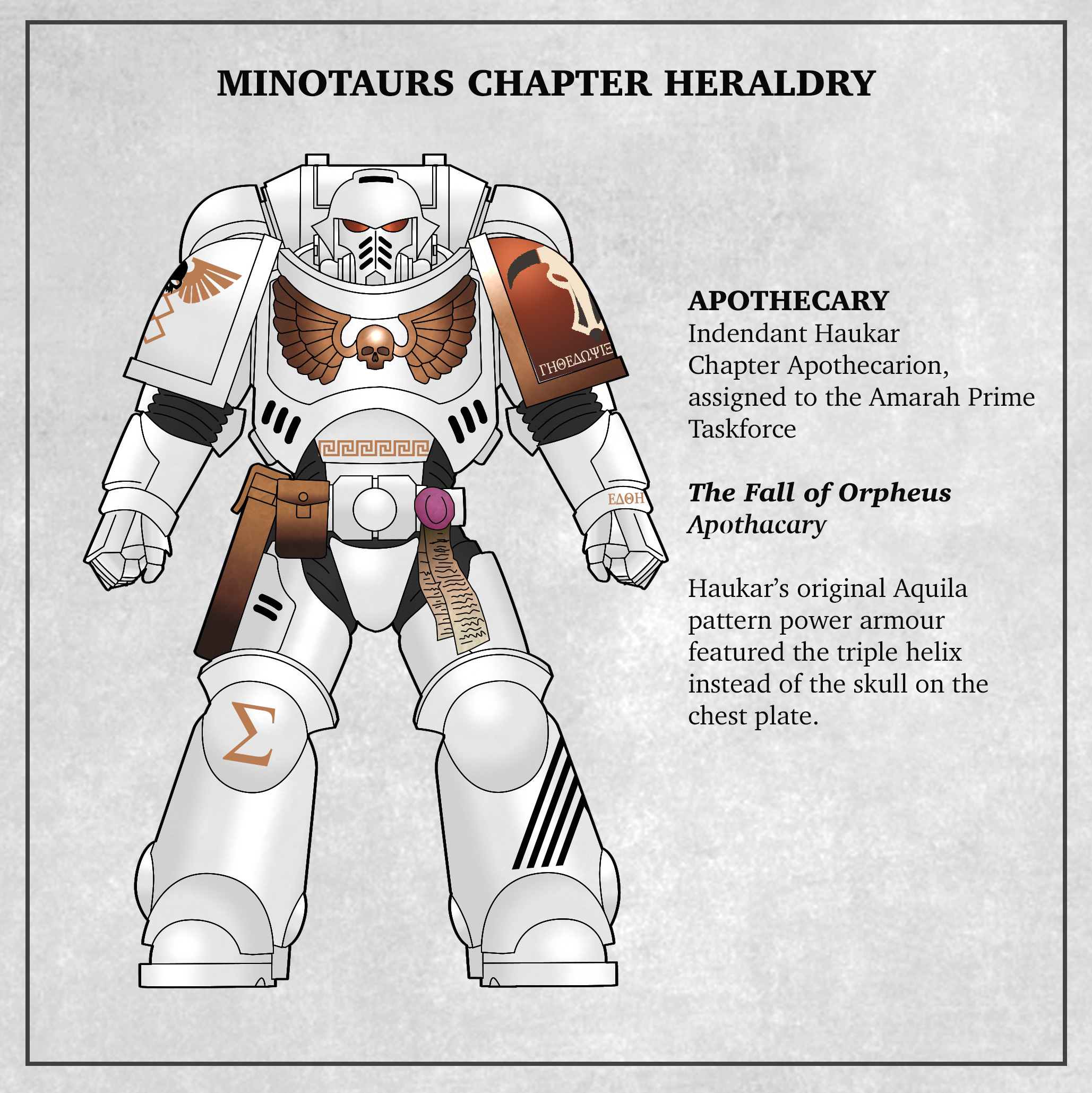