Photography showcase of my Krieg trench board for Armies on Parade 2016 hosted up at Warhammer World. I had started the board back in 2015 for last years event but never finished it. For this years Armies on Parade I decided to finish it off. It took a good month to build and two very incense weeks of painting. I plan to do a full building guide over on the youtube channel at a later date.

There’s some additional amazing photos of the board over on the official Armies on Parade blog alongside some other great entries and the competition winners. Sadly I didn’t place in the top three, however I was invited to have the board guest displayed at the Warhammer World Exhibition Centre. You’ll be able to see it there from Nov 12th 2016 – Feb 23rd 2017. Full details over at the Warhammer World Events page. 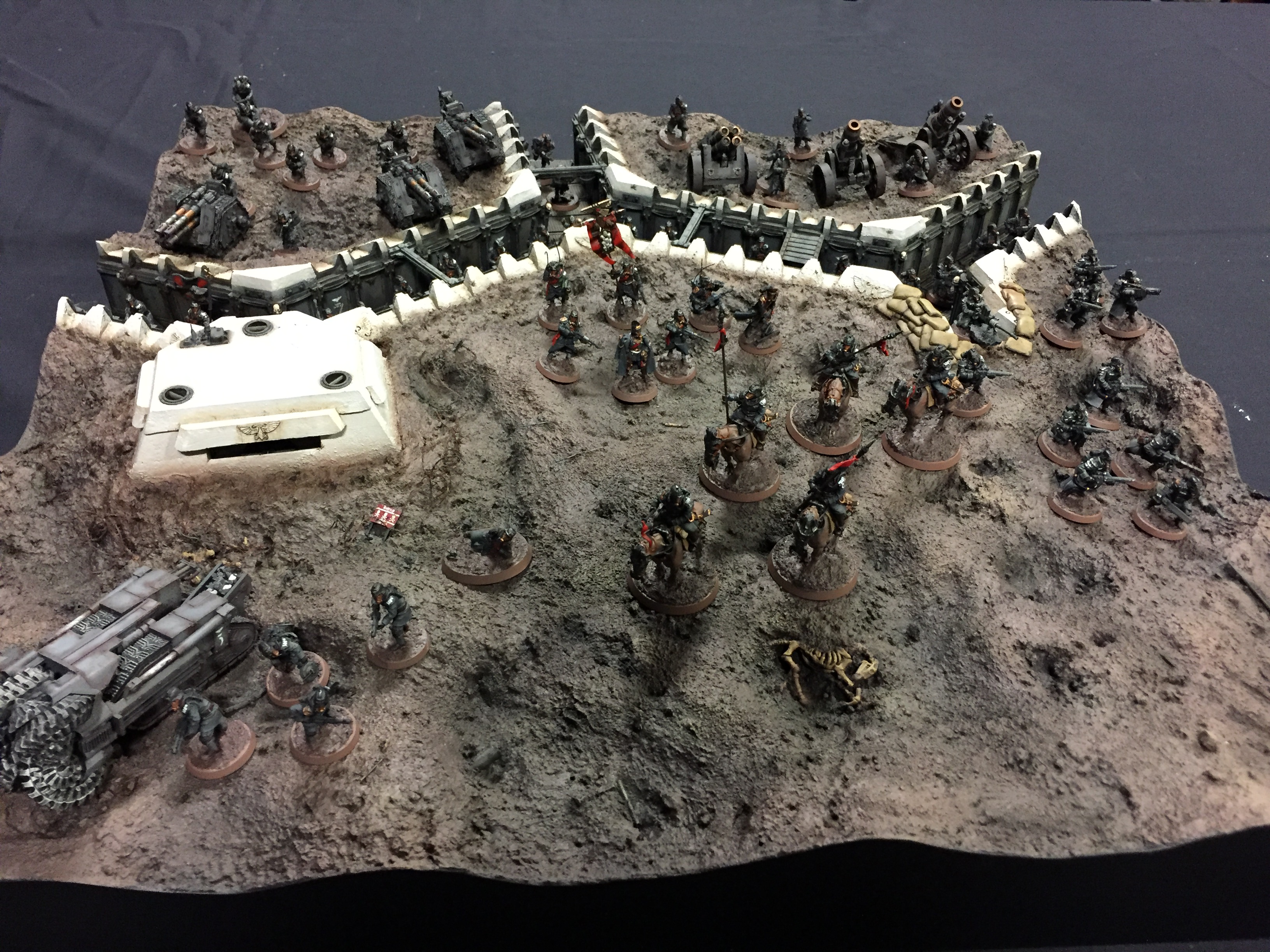 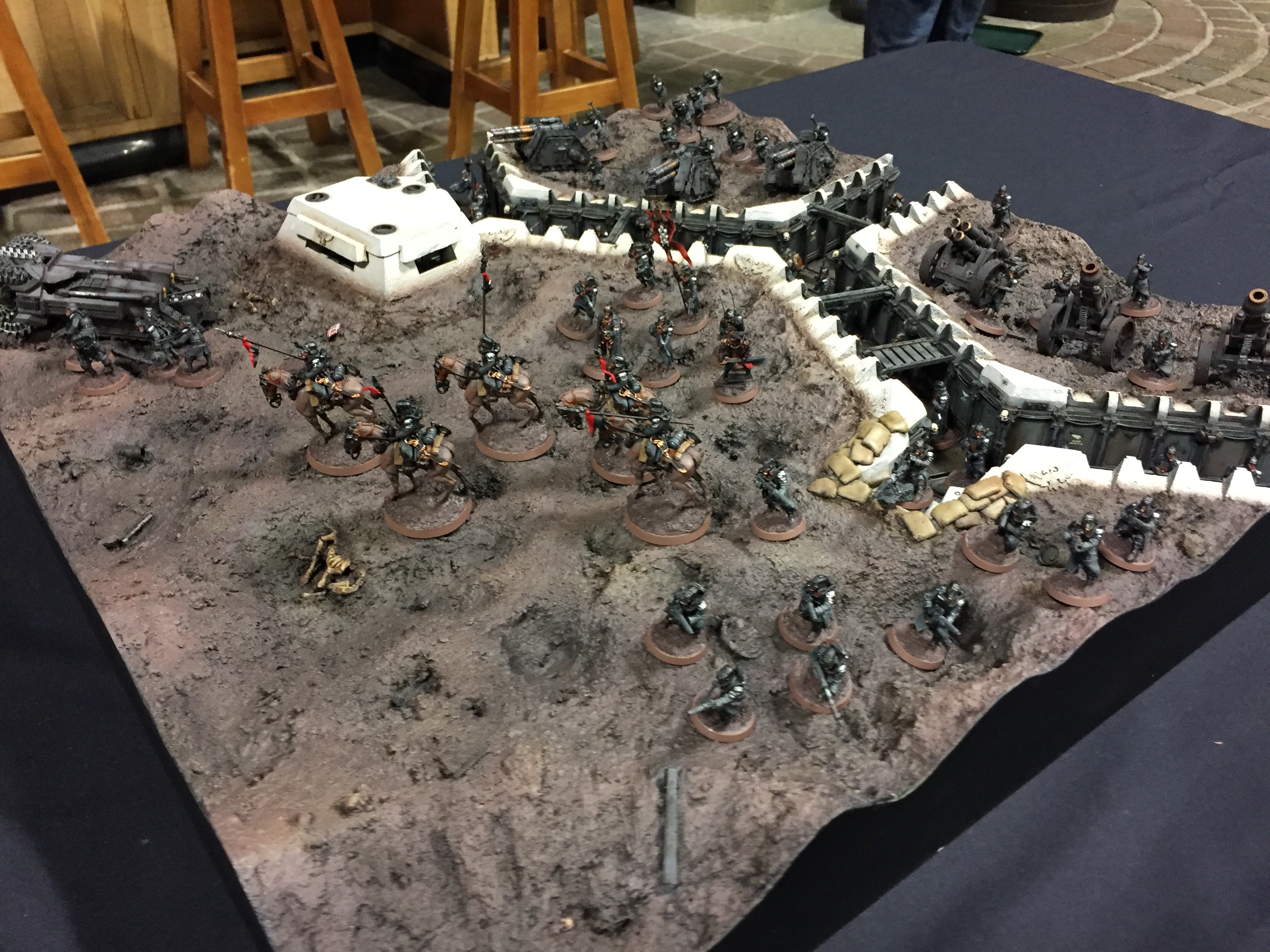 The board is 2x2ft made from an MDF base topped with insulation board (extruded polystyrene), the sides are clad in plasticard.

The trench network itself comes from Forgeworld and has been out of production for some time. I managed to pick mine up on eBay a few years back.

Additional pieces such as skeletons (human and horse) are old Fantasy kits found on eBay. Sandbags are made from greenstuff , the barb wire is from Forgeworld and the minefield markers are from the Krieg transfer sheet from Forgeworld though is currently out of production.

The Krieg on show (going from top left/clockwise order) are: 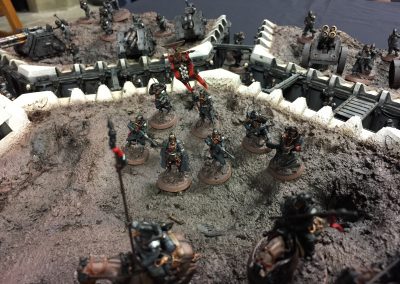 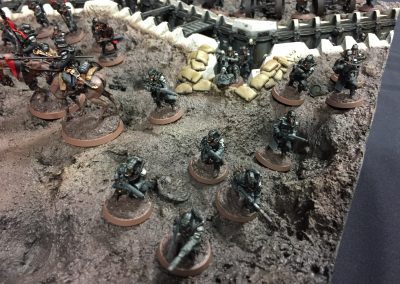 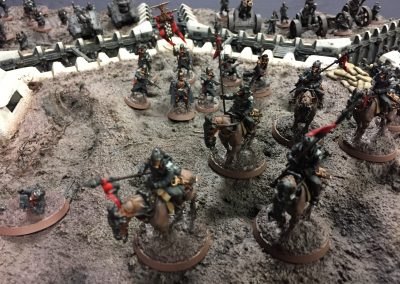 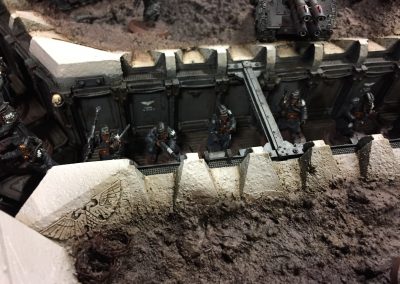 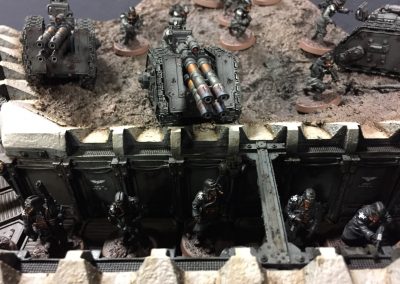 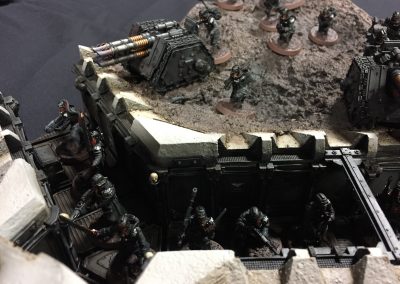 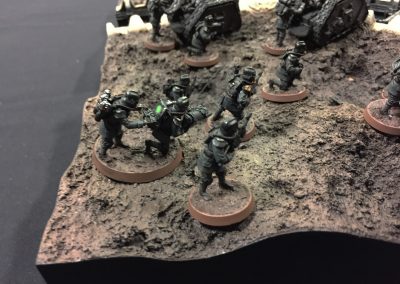 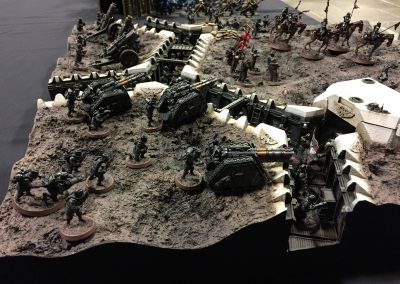 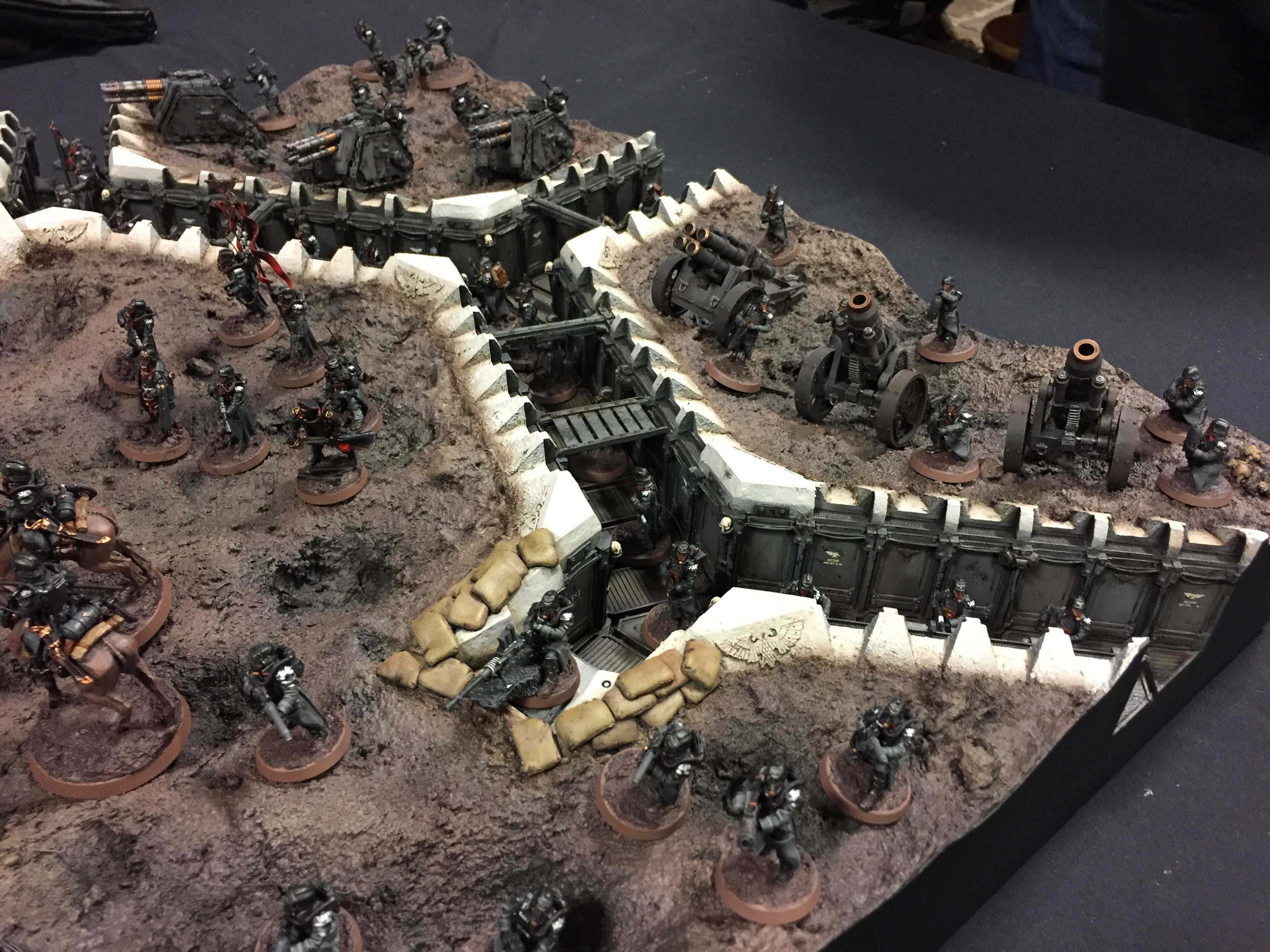 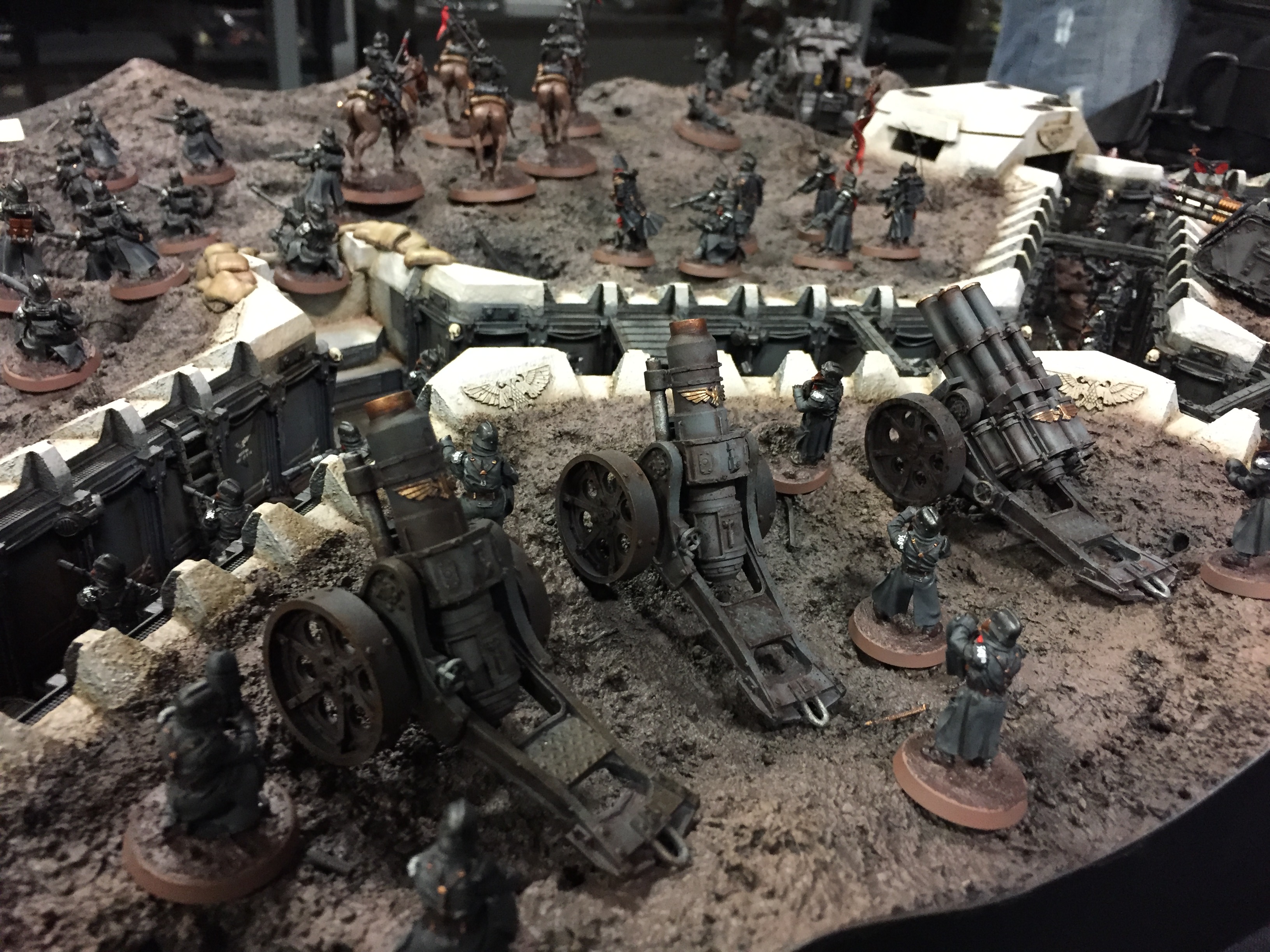 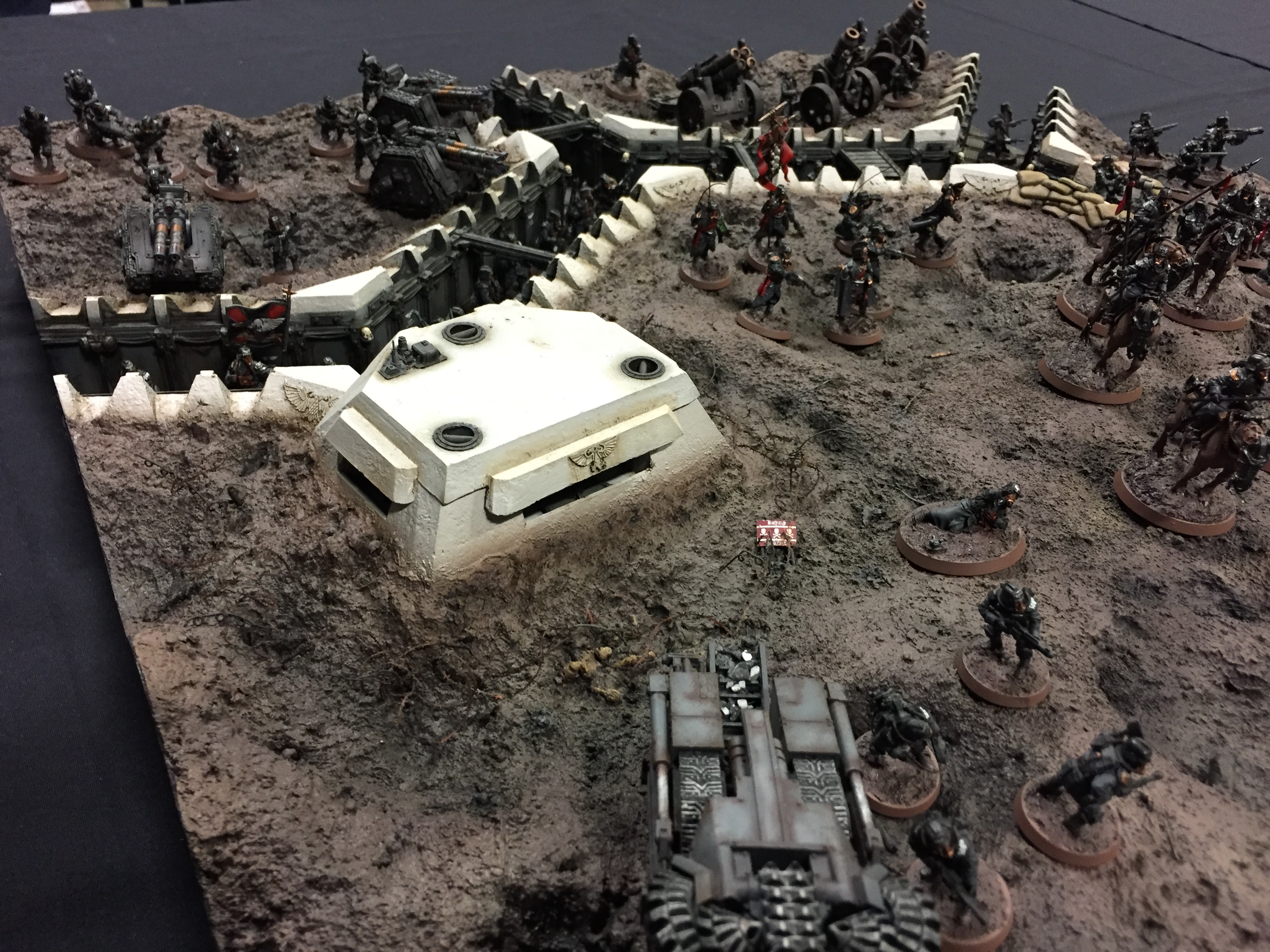 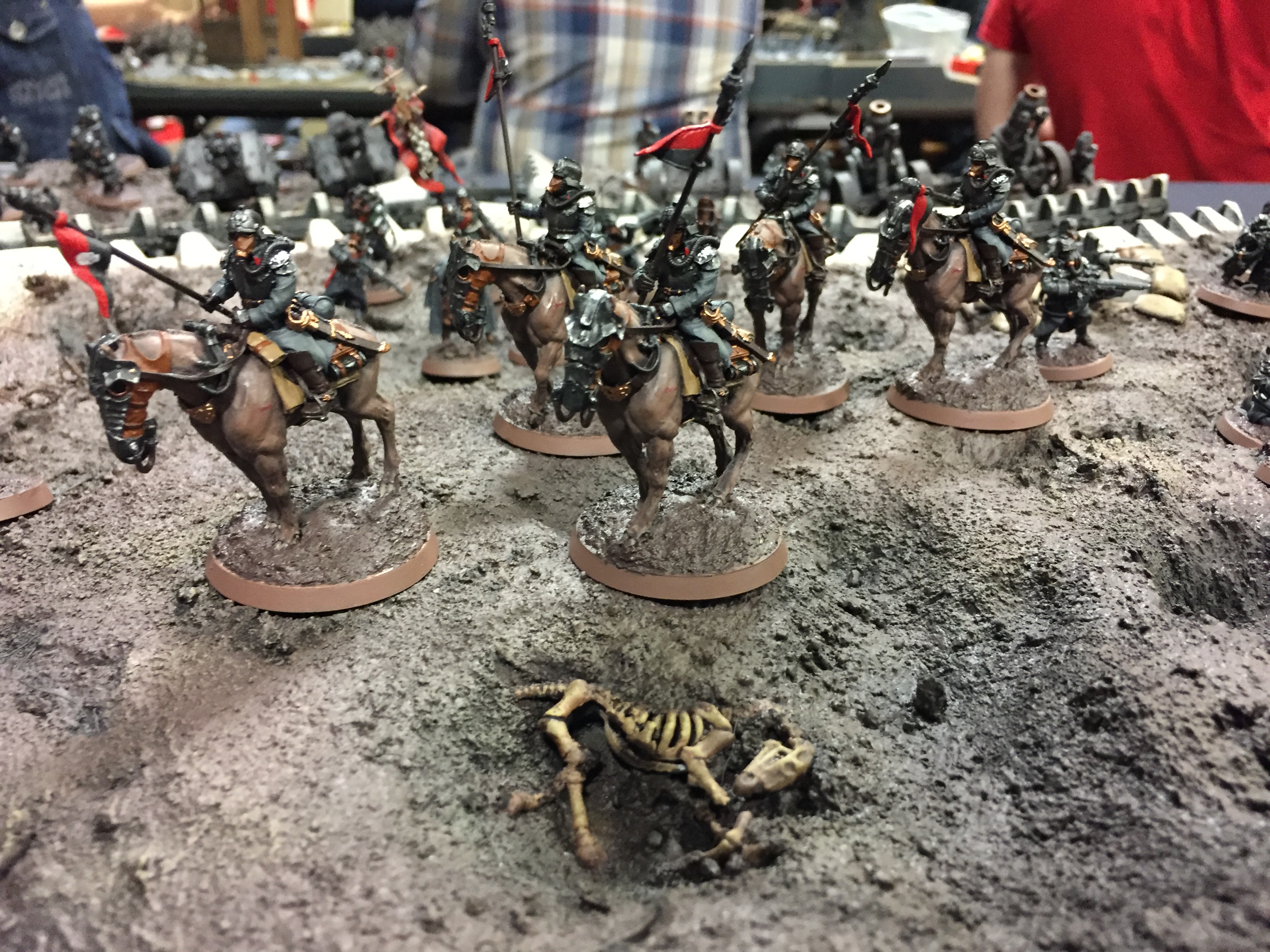 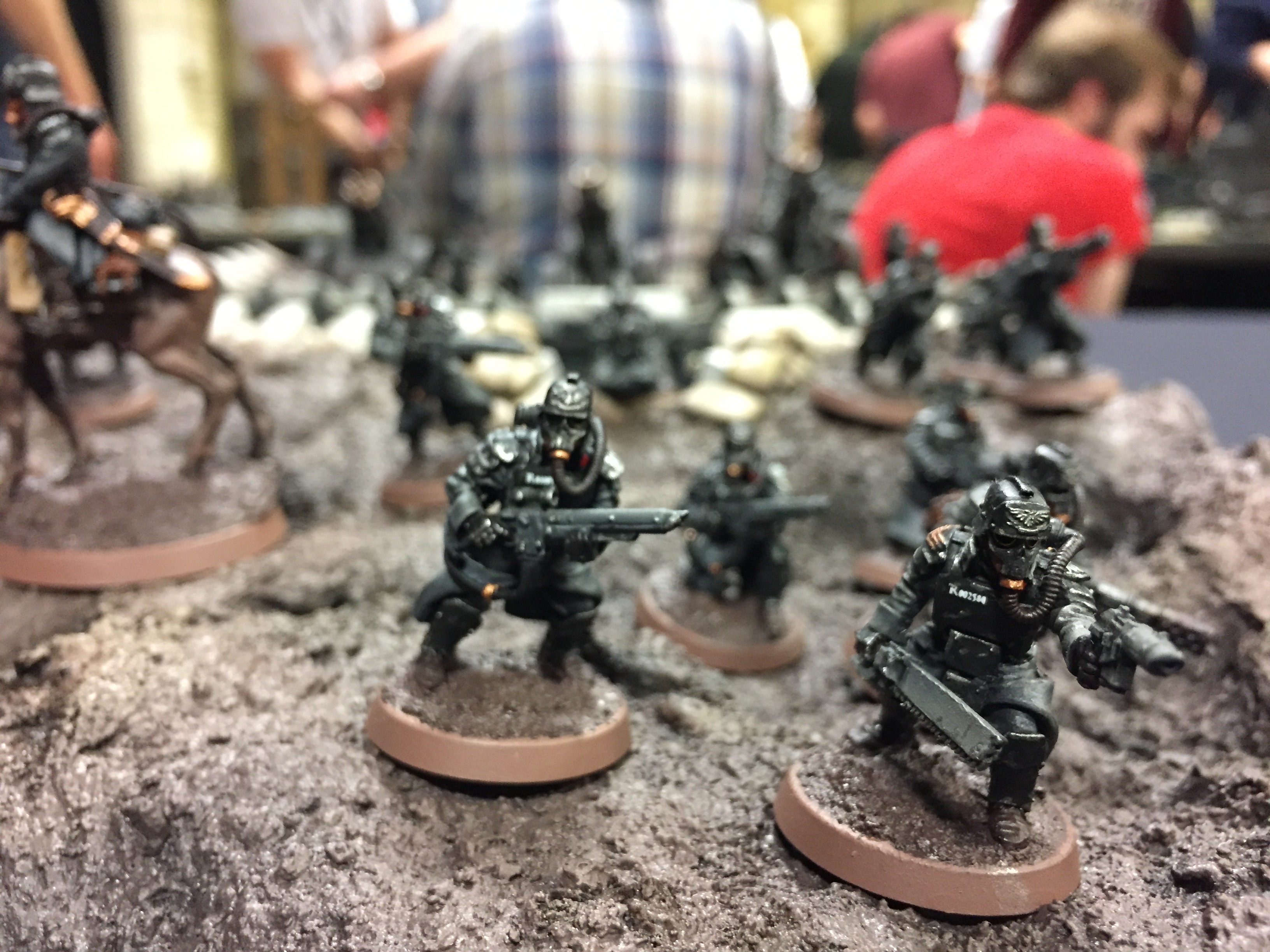 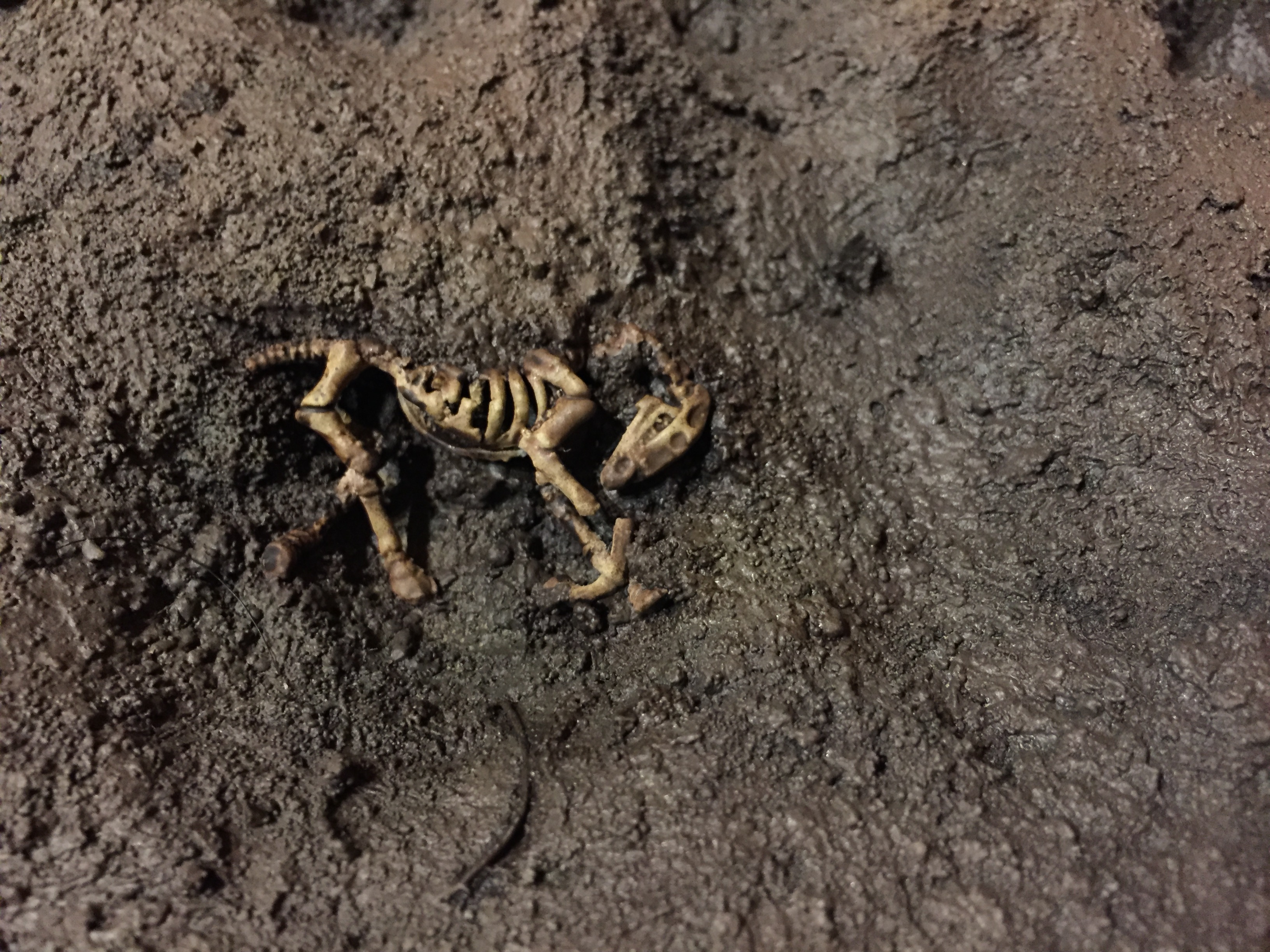 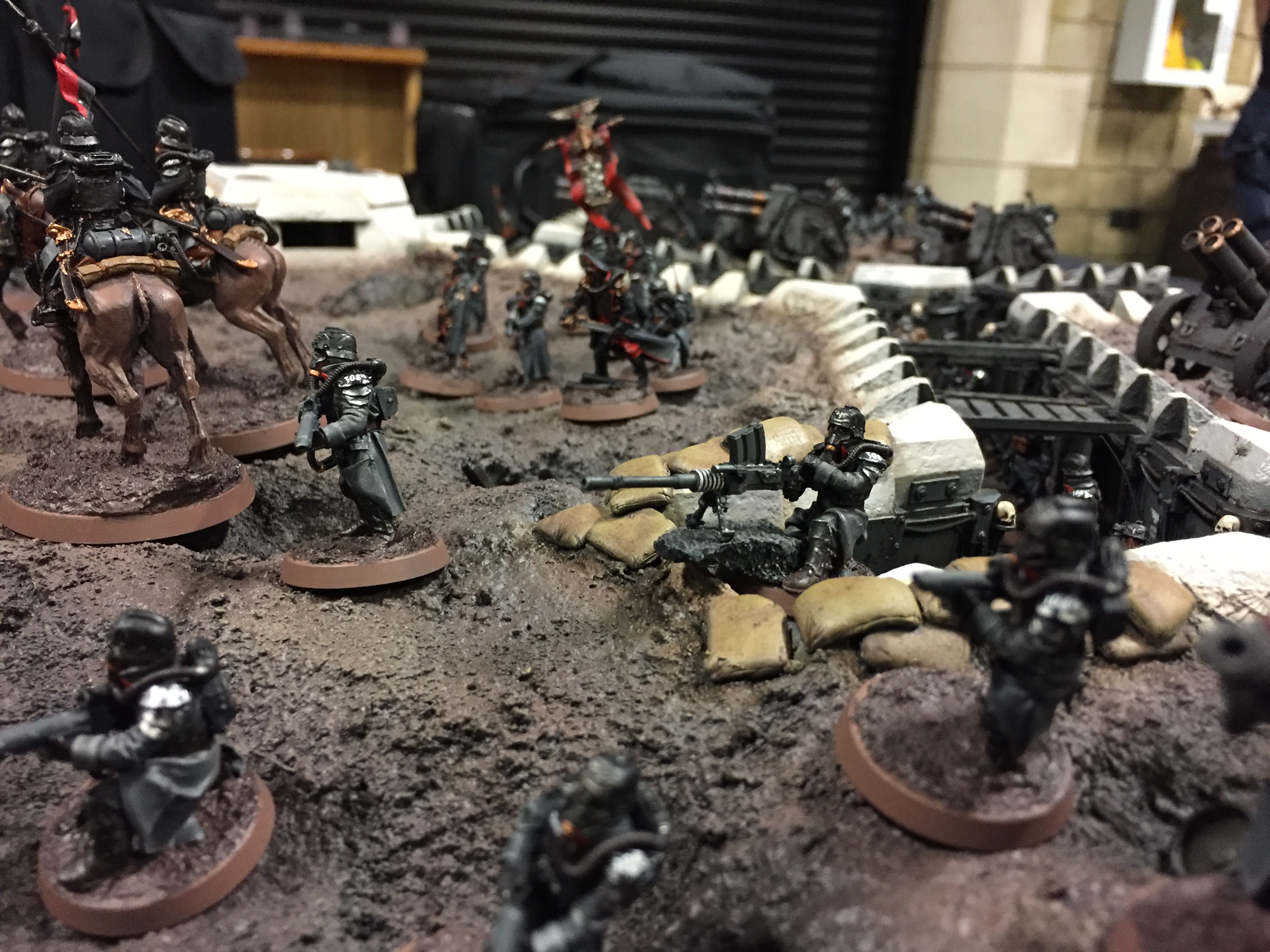 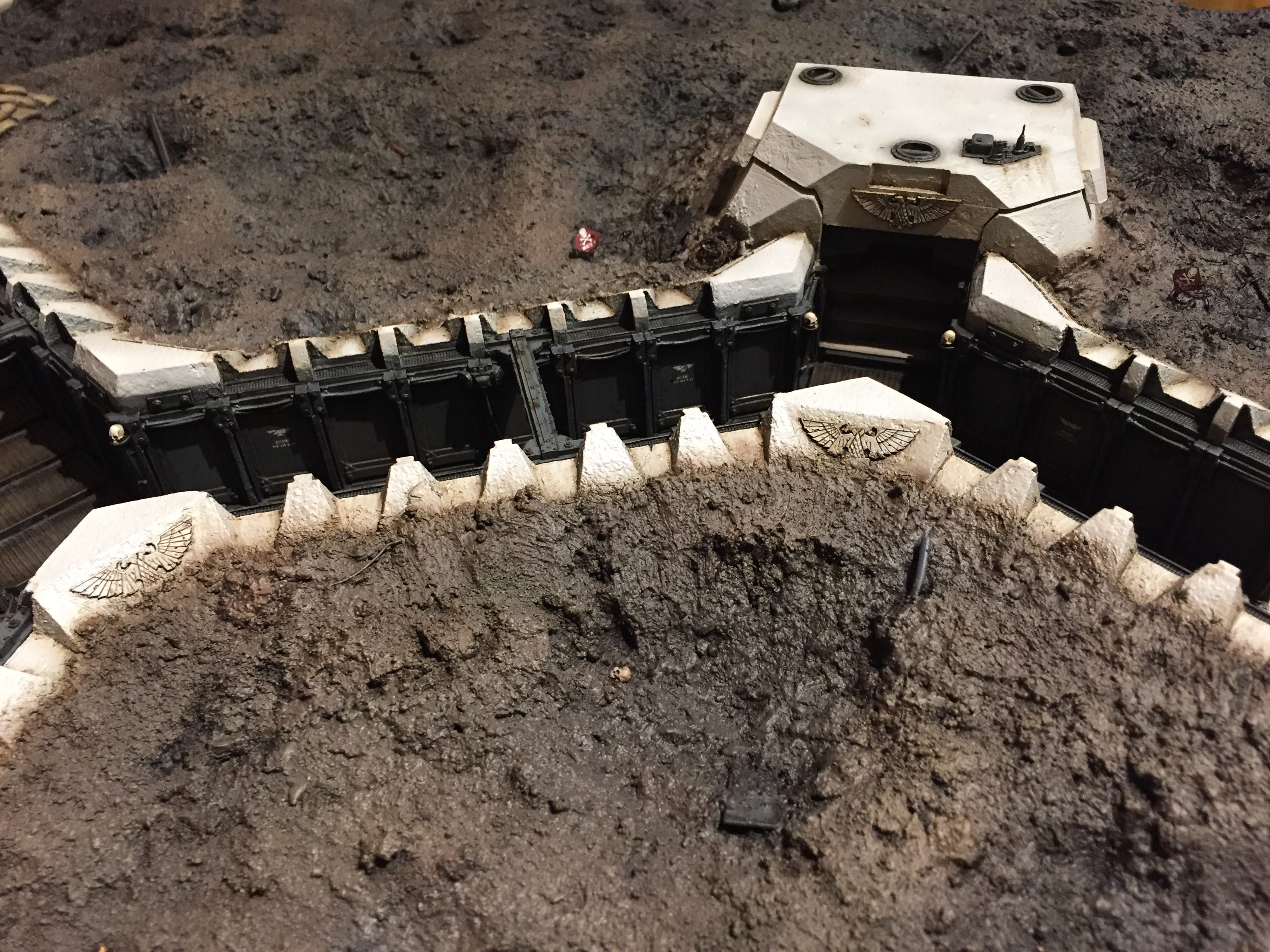 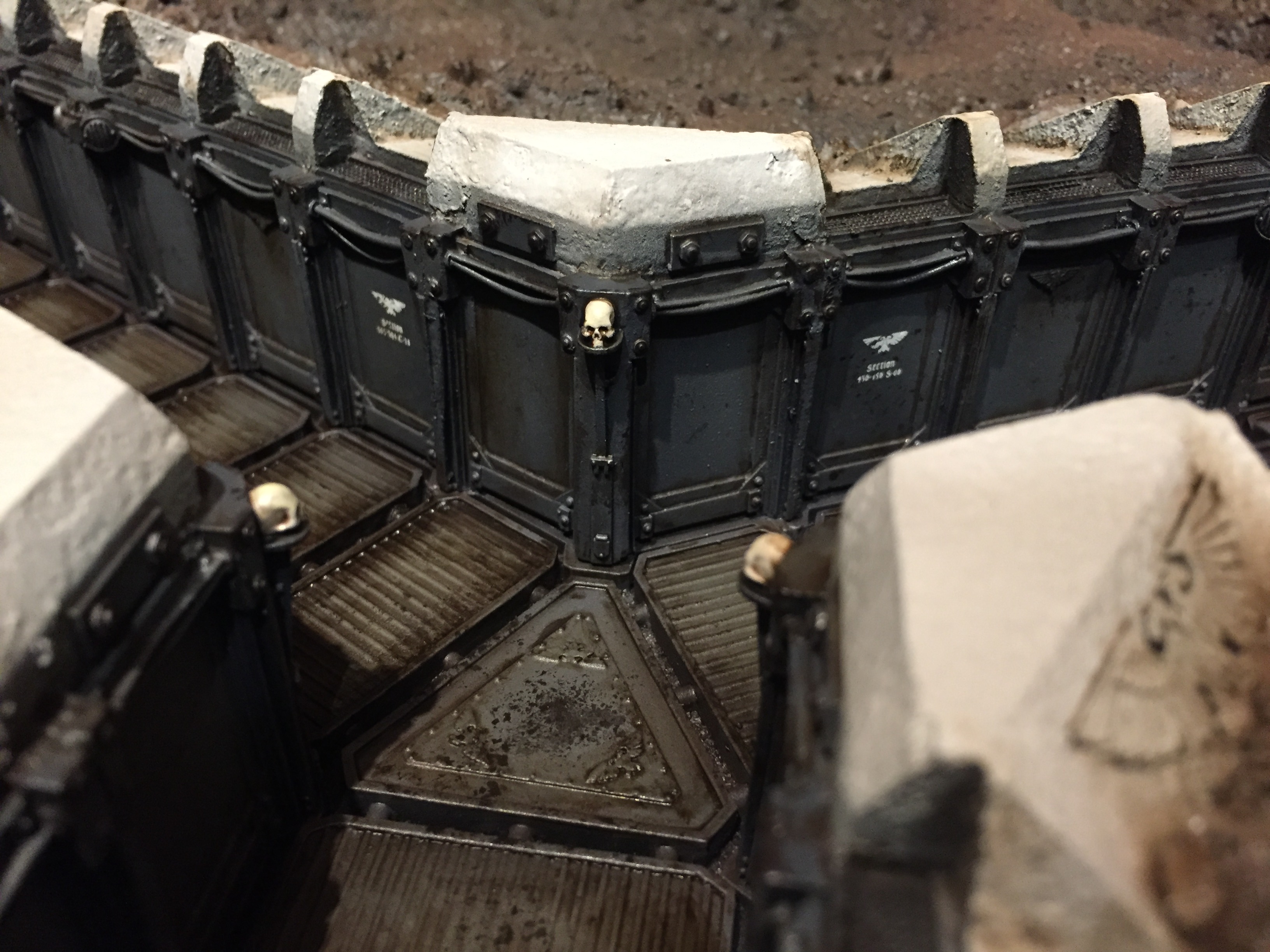 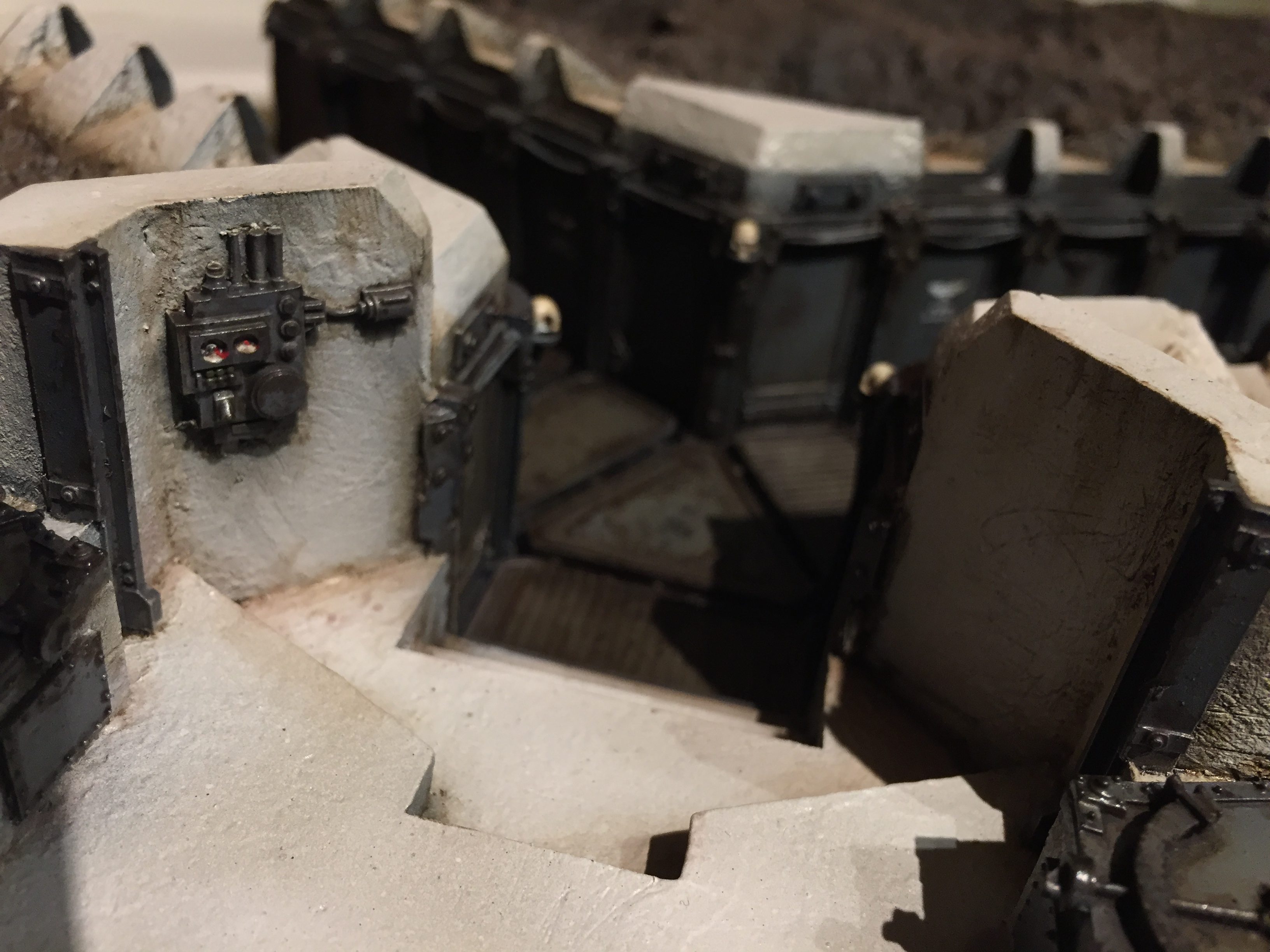